There are so many theories on this movie already. Want to see what I think? Read on…

Joker is probably my favourite movie of 2019 and one of my favourite movies in years. I didn’t bother reviewing it, but if I did, it would easily be a 10/10. It purposely has an ambiguous narrative, which calls for a theory discussion. Before we start, SPOILERS AHEAD!

“All it takes is one bad day to reduce the sanest man alive to lunacy. That’s how far the world is from where I am. Just one bad day.”

Let’s start off with the fact that Joker is influenced heavily by four main sources that being: King of Comedy, Taxi Driver, American Psycho and The Killing Joke. All of these sources focus on going in-depth into a psychotic mind to show why someone might do an insane act.

For any fan of the Joker, we are aware that he is a psychologically damaged villain, which is why he makes for such an excellent villain for Batman, as they were both involved in a traumatic event, but it affected them both in polar opposite ways. A lot of adaptations have explored this outside of the comics, specifically The Dark Knight (2008), but none have explored it as much as Joker (2019).

“I used to think that my life was a tragedy, but now I realize it’s a comedy”

The movie explores what caused the Joker to crack and it is a thrilling story. In short, he was molested as a child by his adopted mother’s boyfriend in front of her and was banged on the head so hard; it caused him to have a condition to have sudden uncontrollable laughter. I thought this was incredibly smart. Then years later, not knowing the truth, he’s looked after his mother all his life.

We see him get knocked down bit by bit, everyone treats him horribly, his psychiatrist doesn’t care about him and who he admires most: Murray (played fantastically by Robert DeNero) makes fun of his stand up on live TV. He then gets beaten on a subway train straight after losing his job, he shoots the three men that beat him and kills them. This is thought of as a political statement by the press. He falls in love with his neighbour who genuinely seems to love him, but that one bit of light turns out to be a lie and was his imagination. All of this and then the discovery that his mum was a psycho who allowed him to be tortured and made him believe Thomas Wayne was his father released the persona of the Joker. He then kills her, kills one of his colleagues and killed Murray.

Ending with him being praised by his followers of the clown movement, the Waynes getting shot infront of Bruce Wayne; planting the seed to create Batman and an interview with another psychiatrist a lot like the one from one of the first scenes of the movie.

That’s the story in a nutshell, but how much of this was actually truth and how much of it was his imagination.

“I hope my death makes more cents than my life” 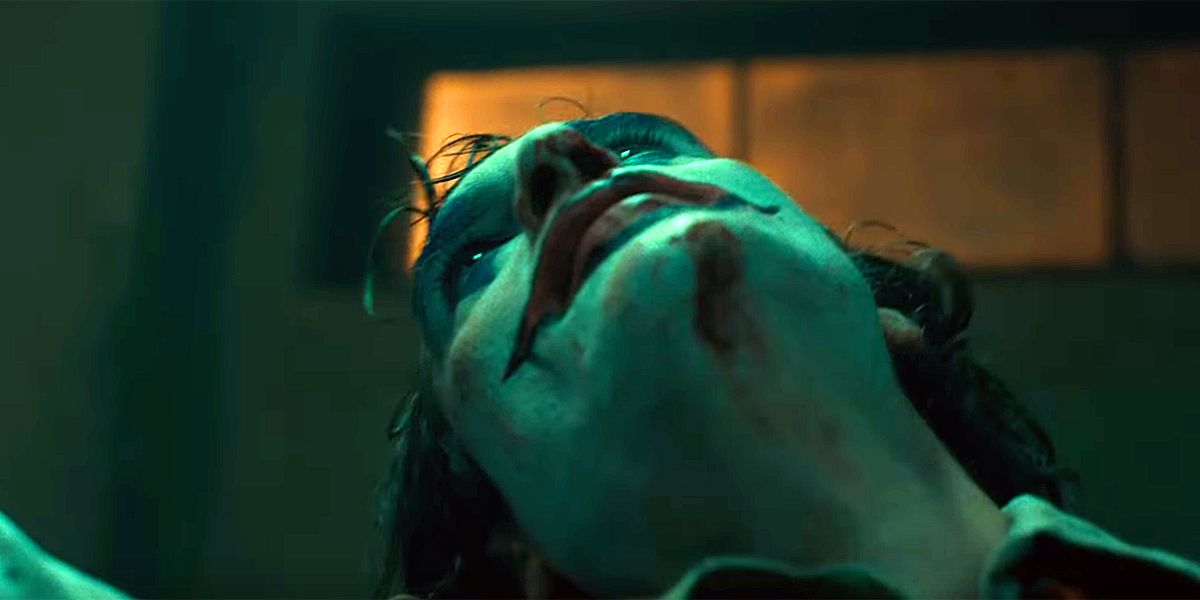 All of Arthur’s life he never had a sense of purpose and early on it is shown that he has a very vivid imagination when he imagines being on the Murray show. We are later shown that his stand up didn’t go as well as he thought and finally he realises his girlfriend next door was all in his head. With these three-story elements definitely made up by Arthur how much of it can really be true?

I believe that these are another set of scenes made up in his head:

There are additional things I think happened or actually happend instead:

But most of this movie I think is what he either thinks happened, or what he would like to think happen, to give him an excuse to why he is so insane.

“If I have a past, then I prefer it to be Mulitple Choice” The biggest evidence to all this being fake is what we already know about the Joker. Through the 70 plus years he has been around, he has had countless backstories. The most famous being explored in The Killing Joke, which after we hear the whole story, he says: “If I have a past, I prefer it yo be multiple choice”. This means even he doesn’t know his backstory. It is even explored in the Dark Knight when in that movie Joker gives around three different backstories to how he got those scars.

These facts, along with us already knowing he has imagined other situations in the movie, back up my theory that a lot of this is just him making it up. What do you think of the movie? Any theories I haven’t mentioned you’ve thought of? Any theories you don’t agree with? Let me know! Like and follow my blog for some more posts like this. Thanks for reading!