The Closing Chapter of IT has arrived, is it as good as the first? Let’s check it out!

When IT 2017 came out, I liked it a lot, enough for it to rank eighth on my TOP 10 FILMS OF 2017. It was an atmospheric movie with great characters and I liked finally having a cool horror villain in movies again like the classic 80s slasher villains. The CGI was quite annoying and could take you out of the film and it wasn’t awfully scary, but it was a great fun horror movie. IT Chapter 2 was one of my most anticipated movies of the year, the trailers looked great and I was excited to see how they would end the story because that was always what let the original 1990 Tv movie down.

I’m going to keep this as spoiler-free as I can, but if you want to go in with no idea what will happen, just read up to where the spoiler warning is. Let’s start off with the positives.

The biggest positive I can give the movie is the characters, every one of them looks as though they were the kids grown up. Bill Hader is who really shines, he is hilarious and does very well in the more dramatic scenes at the end. Bill Skasgård once again does great as Pennywise the Clown. He plays him slightly differently, much more comical and playful- more similar to Tim Curry’s iteration, even sharing a certain one-liner later on.

The film overall was quite funny, not just from Bill Hader’s Richie or Pennywise, but also from Eddie one of the other main characters, I found him really funny and well-acted and especially from his young counterpart when it goes back in time. The humour was also partly a negative, I’ll talk more about this during the spoiler section.

The last positive would be that the story is really good, it is handled quite heavy-handed and felt more similar to the 1990 original than I thought it would. There are a couple more positives but I will speak about these in the negatives section. 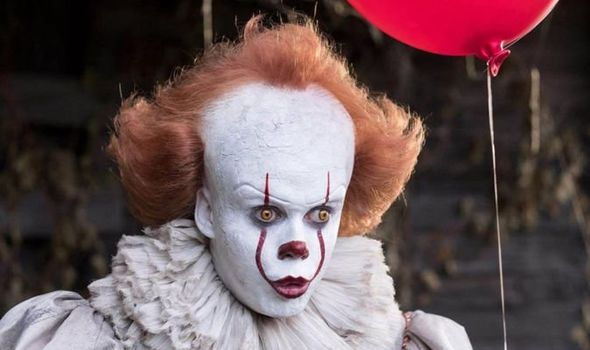 Biggest Negative – THE CGI!!! Why on Earth do horror movies do this?! Everyone knows the best monsters and effects are always practical. Seeing Scary Stories to Tell in the Dark really showed the difference between practical effects and CGI. Nearly every monster in that movie was amazing to look at and super creepy because they were practical, except for when they used CGI where it could look silly. IT Chapter 2 literally every monster is hilarious to look at, they are so obviously CGI it really takes you out of the film, making it feel more like a comedy.

Speaking of humour, there was a little too much, almost to the point where at points it felt like a horror-comedy like Evil Dead 2 or the Nightmare on Elm Street Sequels. The film actually reminded me a lot like the Nightmare on Elm Street sequels, with a lot of dream-like sequences and far more humour and one-liners coming from Pennywise himself. This took away a lot of the tension and scares and although I didn’t find the first one very scary, it took itself a lot more seriously, the humour only really coming from the kids. 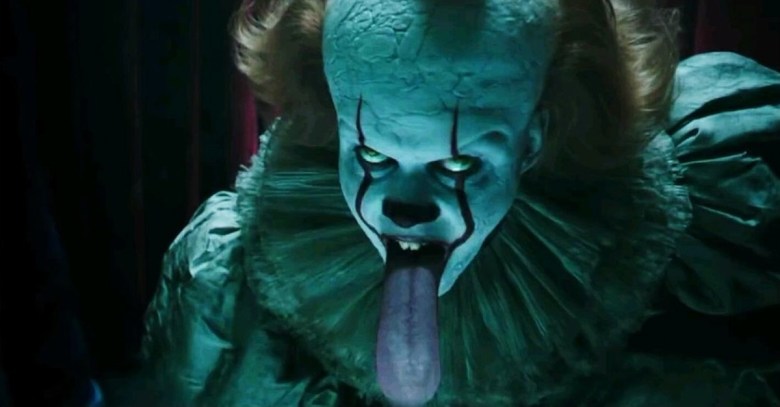 The next section is full of SPOILERS, so if you havent seen the film or don’t care, DO NOT READ on! First the good stuff. 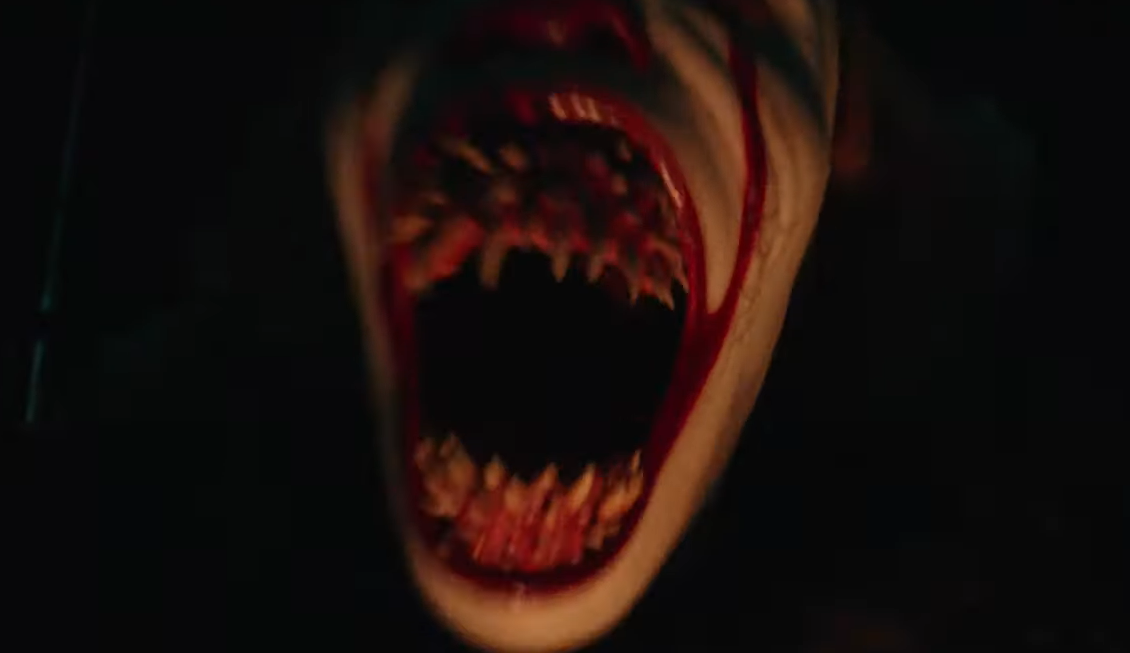 There were two great horror scenes, both of which was when Pennywise killed and ate children. The first is when he kills the little girl under the bleachers, that scene was filled with tension and I actually got quite upset when she was killed. Similarly, the boy who is killed in the hall of mirrors was a very creative scene. These two kills showed how well the horror could have been done, but most of these are in the negatives.

I did like Eddie’s heroic moment at the end of the movie. In the 1990 version, he just sprays his inhaler at Pennywise and gets killed. Whereas in this he saved Richie and almost killed Pennywise himself. It was a great redemption scene and I did really like Eddie overall.

Another scene which was a homage to John Carpenter’s The Thing, where Stanley’s head grows spider legs and starts trying to eat people. It was a great homage, aswell as the “Here’s Johnny” Shinning reference near the end and Stephen King’s little cameo too.

That’s about all the good, let’s move onto the bad… 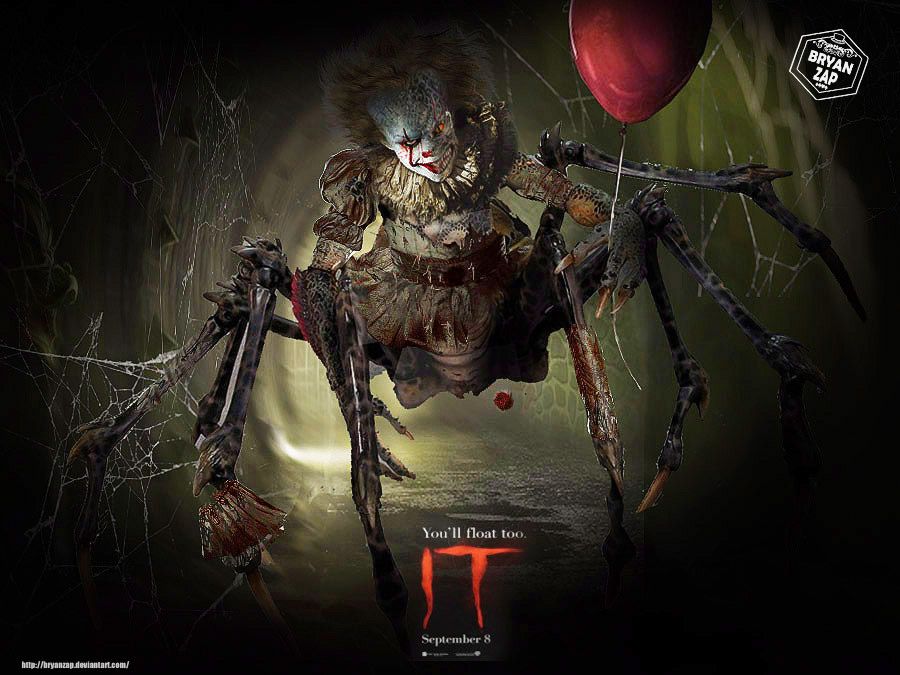 I touched on the terrible CGI monsters in the spoiler-free part of the review, but my gosh the CGI monsters are bad. The grandma and lepper scenes both start off full of tension and both got me excited to actually feel scared. Then the grandma becomes some hilarious looking long-limbed witch lady and the lepper just looked stupid. These weren’t the only ones though, the lumberjack one was stupid and Pennywise’s face-melting literally got most of the audience laughing. If all of these were done practically it would have looked a lot better and kept the tension rather than completely taking me out of the movie. I really hope WB realise that horror movies should always be practical unless you can’t physically do it practically and of course there’s nothing bad about touching up already practical effects, but full CGI monsters just look stupid; it reminded me of the Crooked Man from Conjuring 2.

The second act was quite repetitive too, every character reliving a childhood memory of an encounter with Pennywise. It could be cool, but because each one has these awful CGI monsters, it was just disappointment after disappointment.

The third act was very similar to the 1990 version, with slightly better effects, with a silly Native-American ritual. As said above though, the way they beat Pennywise was a bit disappointing and Pennywise looked stupid with that melted face.

The last little thing is in the arcade; Mortal Kombat 1 and 2 were there, but how? The games did not come out until the early 90s, yet the past scenes were set 1989. This was a weird mistake on their part, as Mortal Kombat is famously a huge 90s franchise.

Overall, you probably think I hated the film more than I do with all these negatives, but to be honest it’s still better than most modern horror movies but is severely disappointing compared to the first chapter. It’s better than the 1990 version, (although I still prefer Tim Curry’s Pennywise), but I couldn’t help but feel that if it wasn’t for the awful CGI monsters and weird humour this really could have been one of the best horror movies of the 2010s. This all being said I rate this movie:

Thanks for reading, what did you think? Let me know! Follow my blog for more posts like this!