With the new trailer of Jay and Silent Bob Reboot, I’m very excited for all things Kevin Smith and I wanted to take a look back at his best movies. I am a huge Kevin Smith fan, I love a lot of his comics, films and I watch him a lot on Youtube. The number one film on this list is one of my favourite films of all time, but all five of these are great films in my opinion.

5. Jay and Silent Bob Strike Back 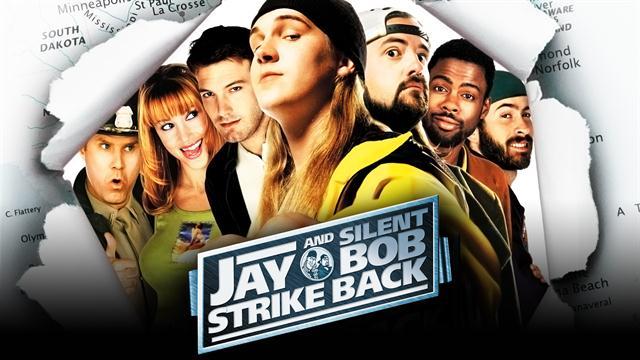 Jay and Silent Bob Strike Back is a fun comedy from the early 2000s. Much like comedies from that era, it’s filled with pop culture references and is a funny film. Compared to the other four on this list, it is the most forgettable, but I prefer it to all of Kevin Smith’s other filmography, Clerks 2 just missing the list because I prefer the humour in this movie.

The movie which made Kevin Smith a household name. Much like other directors from the 90s, it’s not just the movie that is fantastic, but the story of how Clerks was made. Kevin Smith would work in the shop every day, then shoot at nights, hardly sleeping, just to get this movie made. Alas, it paid off, it’s a witty comedy filled with geek culture references which would later define his style of humour and influence a lot of other 90s comedies.

I absolutely love Mallrats. It’s not an amazing film by any means and some of the actors can be a bit stiff, but it is a complete nostalgia trip for me and of course, Jason Lee makes the movie as his character Brodie; he is hilarious. I love the comic book references scattered throughout the movie and of course, you can’t forget Stan Lee’s performance in this movie, arguably his best ever cameo in any movie.

This is Kevin Smith’s smartest movie. You can tell he had a lot to say about the catholic religion and he explores everything there is to explore with it. It’s got an amazing cast, is very funny and makes you think after the end of the film. Objectively this is probably his best film, but there is one film I personally prefer and is my number 1.

Kevin Smith put heart into Chasing Amy, the movie is my favourite romantic comedy (probably because I love all the comic references) but it’s also fantastically acted. The dialogue in the movie is his best, in my opinion. My first viewing of this movie was only 4 years ago, but where my life was at that time, the film moved me and upon rewatch, I still love it as much.

There we have it my favourite Kevin Smith movies, I’m really hoping that his new movie will fit nicely with these classic movies, as he is one of my favourite celebrities out there and I want to see him succeed. Thanks for reading, let me know which one’s your favourite in the comments and follow this blog for more posts!