Spider-Man is my second favourite superhero after Batman and he has had some great movies. I thought it would be cool to rank every cinematic Spider-Man movie ever. The rankings and scores for these films are when compared to each other, other lists might have different scores because they are being compared to other movies.

Spider-Man 3 gets a lot of hate, but this film is far, far worse. I was incredibly excited when I heard Electro and Green Goblin would be the villains, very excited. Everything was just silly though, they messed up the Rhino, made Electro a weirdo and the story was just a bit of a mess. There are good qualities; Andrew Garfield and Emma Stone’s chemistry is amazing, I do really like Andrew Garfield as Spider-Man and the action is very fun, but compared to the other Spidey movies, it is very poor.

When I first saw this film I actually really liked it! The Lizard was one of my favourite villains and I liked the take they did of him, again Andrew Garfield was a great Spider-Man and his chemistry with Emma Stone was stellar. All this being said though, upon rewatch, the film just doesn’t have the magic of the Raimi films or the character of the MCU movies. It isn’t a bad film by any means, just not a great one.

Before Avengers Infinity War/ Endgame, Spider-Man 3 had to be my most hyped movie ever, at least at that point. Venom is one of my favourite comic book characters (being a 90s kid does that to you) and it was a continuation to the highly regarded Spider-Man 2, what could go wrong?! Quite a lot apparently; the movie was stuffed with too many villains, Venom did not have enough time dedicated to him and obviously there’s the scene everyone goes on about the dance scene. To be honest though, I still really enjoy this movie, it’s still got the Raimi magic and is a ton of fun to watch. Compared to the first two it is a downgrade, but after the Amazing Spider-Man movies, it showed that this movie wasn’t as bad as everyone thought. 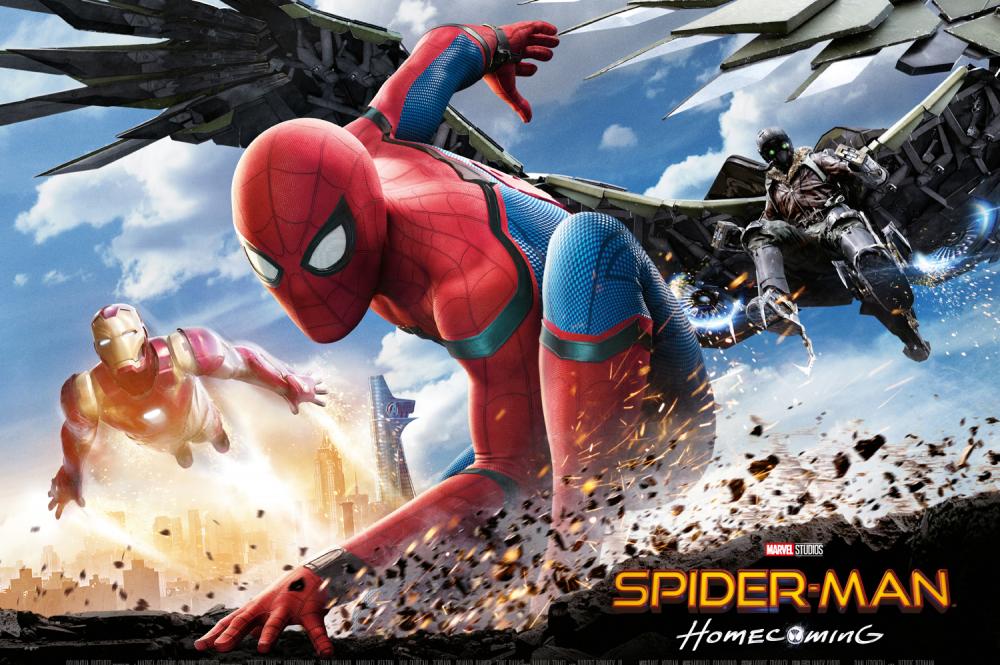 We’re getting into the good territory now; I was very hyped for Homecoming, I thought Tom Holland was great in Civil War and it was exciting to see him in his own movie. He, of course, didn’t disappoint, he became a fantastic addition to the MCU and is the best live-action Spider-Man/ Peter Parker. Michael Keaton was a brilliant portrayal of the Vulture and the movie had a funny highschool charm to it. So how come it’s not higher on the list? A few reasons; one of them is the movie had hardly any tension, it lacked a sense of pace, which caused the final conflict to suffer, I didn’t find a lot of the side characters that great and I wasn’t a fan of the MJ in this movie. Far from Home fixed nearly all these problems, but onto that later. This is most people’s favourite Spidey movie, not me though, for one big reason. Let’s talk about the positives first, this movie feels like a Spider-Man movie, its got a comic book feel throughout it, the character development for every character is great and Doctor Octopus at that time was probably the best comic book movie villain we had ever had. He was sympathetic and menacing with tons of tension in nearly every scene he is in. The main thing I don’t like about this film is how Peter’s powers go because of his feelings, I found it did not fit in with the universe and made little sense. Yet it is such a big part of the movie and even when I was little I found it kind of stupid. With this being said, the action is fantastic, the characters great and by the end of the film, you feel how you should after watching a Spider-Man movie, excited and happy.

The newest movie on this list and it being this high on the list is a true testament how good this movie is. I reviewed it recently here: Spider-Man: Far From Home Review (Spoilers at the end) the villain is fantastic, the story very fun and it fixed every problem I had with Homecoming. This is definitely a great sequel and now one of my favourite MCU movies. If you haven’t seen this film yet, make sure you do!

Spider-Man: Into the Spider-Verse

I was sceptical when this movie was announced, but damn was my scepticism squished quickly when I saw it. This is one of the most stylish movies I’ve ever seen, every scene is fantastic to look at, the movie is full of heart, which is very important for a Spidey movie. Every character is a ton of fun, there’s a bunch of his best rogues gallery here, all done well, specifically the Prowler who is actually very menacing in this movie. I was genuinely surprised how good Spider-Man: Into the Spider-Verse was and it is now my second favourite Spider-Man movie ever and if it wasn’t for nostalgia, it could be number 1.

I love this film so much! I still remember the amount of anticipation everyone had for this film, it was a huge deal. Fox Kids had the Spider-Man cartoon all day every day leading up to it, there were previews on a ton of channels and the 12a rating was made because kids wanted to see this movie that badly. When I finally saw the movie I was so excited and everything was perfect, it felt like a comic book come to life, I truly believed that Spider-Man was swinging through NYC. Willem Defoe was and still is one of the best movie villains and the final battle between him and Spider-Man was brutal and fun. Sure, nostalgia is on this movie’s side, but so what? This is my favourite Spider-Man movie and probably always will be. Unless the next Tom Holland film is somehow just perfect.

And there we have it, every cinematic Spider-Man movie ranked! It’s sure to be different to your own lists, so comment and let me know what you think! Thanks for reading!