Will we get stages as well as characters?

MK11 has much better stages than MKX and way more too! In one of my favourite scenes in the story mode, we see all the different timelines where Raiden kills Liu Kang and we got a glimpse of some classic stages. We saw the Warrior shrine (which was also seen at other points of the story) Deadpool and the Pyramid of Argus and The Subway. Does this mean we will get stages as DLC? If so these are the ones I reckon we will get:

Deadpool is my favourite Mortal Kombat stage and when we saw it briefly in the story mode, I got very excited! This along with some of the other stages on this list could be in the game, as Netherealm never put things in for no reason.

The warrior’s shrine hasn’t been in an MK game since Shaolin Monks and not in a fighting game since MK1. Seeing it in the Krypt is really cool to see and since it’s already fully rendered I’d love to see it in the game. 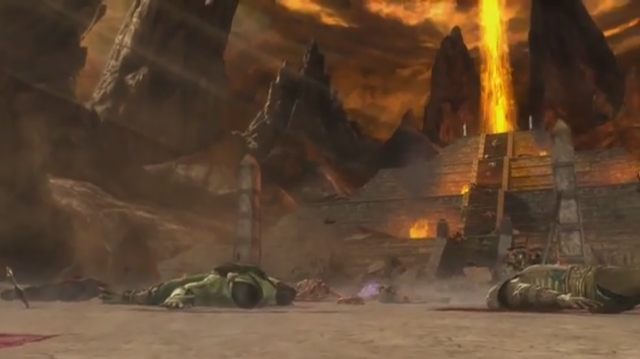 Like the Deadpool, The Pyramid of Argus was seen briefly in the story mode and is another stage we have not seen in a very long time. It would be really cool to see it as a stage.

The classic stage is in the Krypt and has been in nearly every MK game, in one way or another. I believe only Mk4, Deadly Alliance and Mk vs DC didn’t feature the stage. I have a feeling this will definitely be DLC.

The Subway was again seen briefly in the story mode and has always been a cool stage.

These are five possible stages that I reckon could be DLC, what do you think? I have a feeling that these are the stages that will feature stage Fatalities. Let me know and thanks for reading!

One thought on “Will we get Stages as DLC in MK11?”