Best Devil May Cry ever?!

I love the whole series the first and third game being my favourite. When DMC5 was announced, it quickly became one of my most hyped games of 2019 and I pre-ordered it straight away.

Now, I have not finished the game, I’m on mission 15 which is pretty close towards the end and I plan to complete it on the harder difficulties straight after beating it, but I thought I’d give you my first impressions of the game.

Firstly let’s talk about the gameplay, it is spectacular in every sense of the word. It is easily the most technical, the most insane fighting mechanics in any action game ever and is easily the best DMC; or even the best action hack’n’slash game ever made in that perspective. The combos are easy to learn, but hard to master, the differences between the three playable characters are different enough to never get stale and the variety of different attacks at your disposal are honestly insane.

In the game, you play as Nero, V and Dante. Nero plays very similarly to his DMC4 gameplay but with a selection of different robot arms rather than the devil bringer this time around. V plays like no one ever before, you control different shadows who attack for you and it is very refreshing and it’s not overdone, it feels just right how much you play as him. Dante, of course, steals the show, with multiple different weapons, different guns and different styles at his disposal, he easily has the most fun and varied gameplay and is a sight to watch once you get good with his combos. 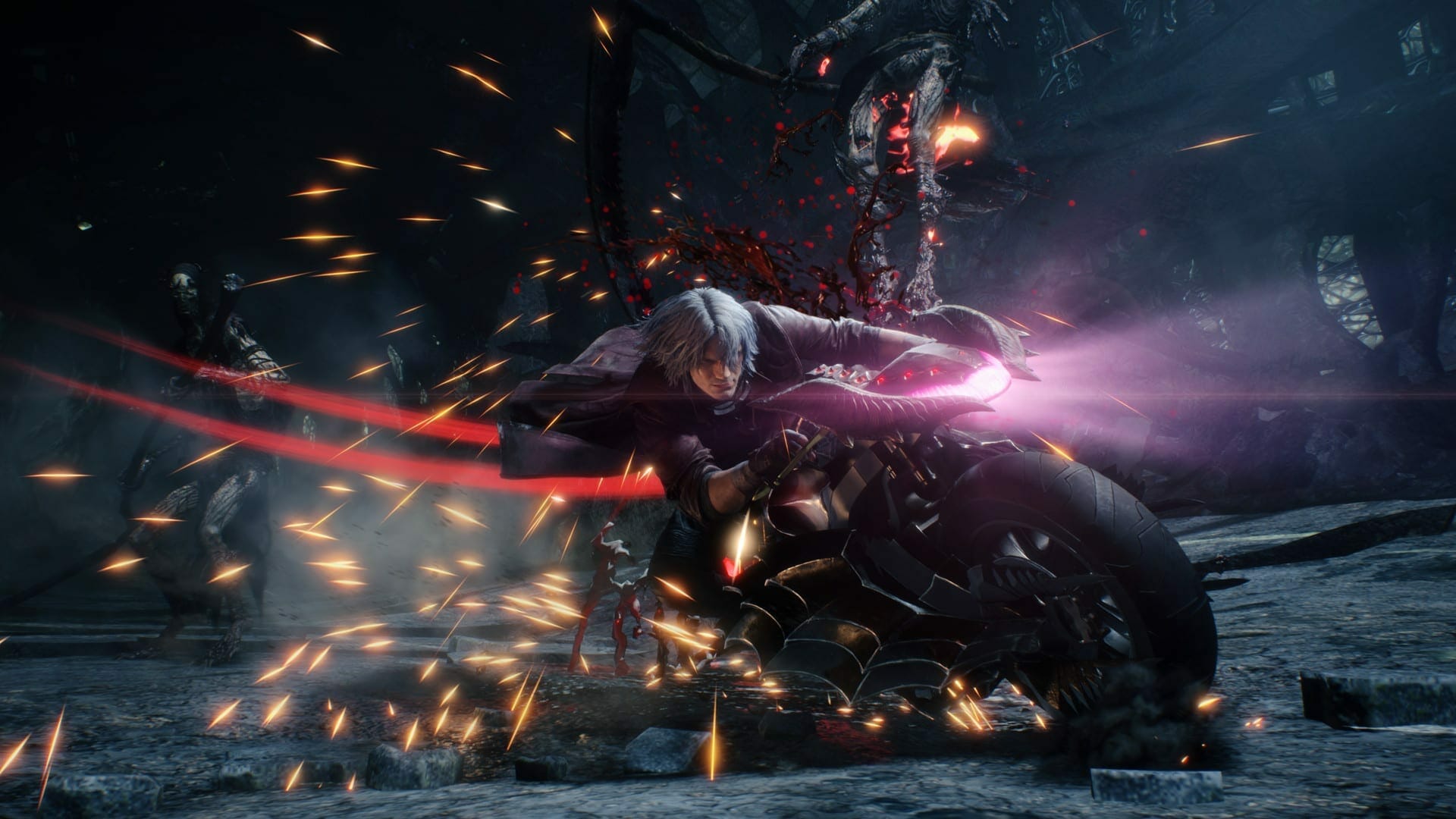 So, the gameplay is great, what else? The characters are all done well, Dante again steals the show whenever he is on screen, although I must say Lady and Trish aren’t done justice here, they don’t fight at all which is a little annoying since how badass they normally are. The demons all have great personality and character behind their design and there’s a handful of enemies we have not seen since DMC1, which I appreciate as a long time fan.

As great as all this is, not everything is perfect. I think the art style and graphics are superb, but the actual environments are way too similar in every level. I miss the gothic design from DMC1 and they have never really gone back to the horror style that the game had. The story although cool and full of callbacks to last games, anime and even novels, is pretty standard compared to games this generation, but the characters carry the story anyway. 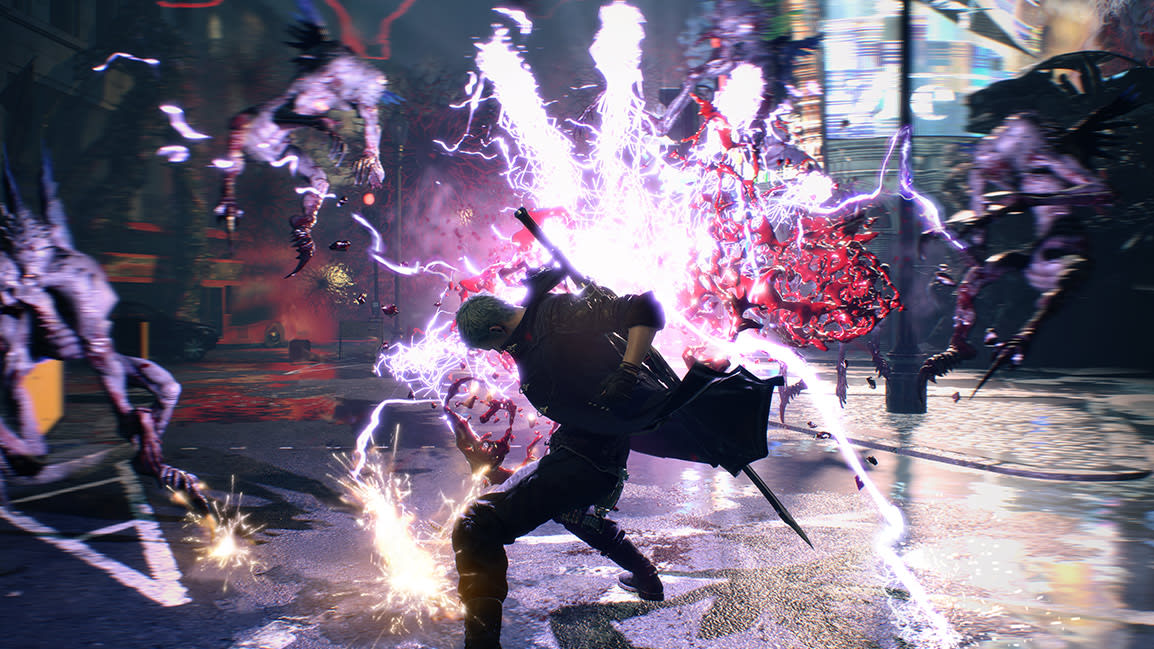 In the end, I love this game it’s easily the best DMC since DMC3,  I’m still not sure if I prefer it to DMC3 or not. DMC1 still stays as my favourite in the series, as I just wish they would bring back the gothic horror routes of that game blended with the superb combat of this game. Now, let’ break this down and score the game for what I have played so far.

I miss the gothic horror atmosphere

The story though good, is nothing special

I may do a full review of the game after I complete it a few times, but I think I get everything about it from the levels I have played. It is easily the best action game made in years and has brought the series back to the limelight. I look forward to the next game (please be sooner than another 11 years) and I just hope they bring back the horror elements from the 1st game and make the story a little more modern because if they do it will be a 10/10 for sure! Thanks for reading!

One thought on “Devil May Cry 5 Impressions”