Best Action Movie since the Raid 2?!

I’m still catching up with the films from 2018, I’ve still got a few, but yesterday I watched an amazing action film I had heard of a few months ago: The Night Comes For Us. Starring Iko Uwais and Joe Taslim from The Raid, both their characters are stuck in a hard place, Joe running from the Triads and Iko trying to rise the ranks. With all their loved ones getting caught in between. I won’t spoil too much of the story, as it is actually quite good, but lets talk about what you’re watching the movie for; the insane violent action!

If you are a fan of The Raid, The Punisher series, or anything with similar action, you will love this film straight away. The Night Comes For Us truly had me shouting in excitement at my TV, the action is so visceral and violent I can’t say I’ve ever seen action this good. It gave me the same feeling I got when I first saw The Raid, every action sequence escalates until the final fight scene which is just all kinds of bloody brilliance.

The film is definitely not for the faint of heart, it is VIOLENT! I’m on about exploded body parts in detail, bullets making mush of people and horrible stabs in the face. The level of violence displayed here puts 80s horror movies to shame. Arguably, you could say this is a horror action, as the tension in this movie is easily comparable to a horror.

Similar to Spider-Man into the Spider-Verse, this movie would probably be on my top 10 films of last year if I had seen it then. Either way, if this film sounds like your kind of thing, or you’re at least interested, I implore you to see it, it’s on Netflix, so you have no excuse!

The story is nothing new 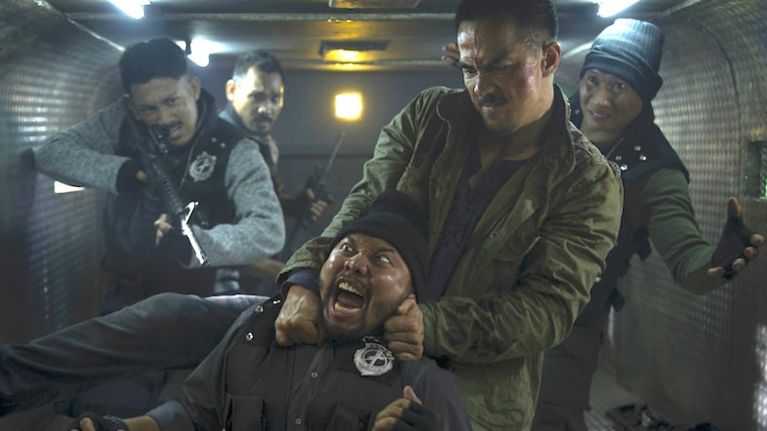 A great score for a great movie, for what it is going for it is pretty much perfect. Want to read more reviews, lists, updates? Follow my blog. Also, I have a new Instagram account with a lot of my sketches on there, check it out: @the12thdimension2019! Thanks for reading!

2 thoughts on “The Night Comes For Us Review”