Alita: Battle Angel came out a couple weeks ago and it got some very mixed reviews, some critics loving it, others appreciating the effects, but not liking the film overall. Let me give you a background on my knowledge on Alita: Battle Angel. I remember the trailer coming out what feels like a long time ago, but I’ve never read the manga, watched the anime or had any prior knowledge of it. That being said; I love the cyberpunk genre and like decent anime, so I was interested. I had no expectations seeing this movie, but I knew that the effects would be good because it was produced by James Cameron and the action would be good because it’s directed by Robert Rodriguez. I have just got home from the cinema, so, let’s talk about Alita: Battle Angel. As soon as the movie started it felt like I was watching an anime, both for good and bad reasons. Let’s start off with the characters first; the titular Alita played by Rosa Salazar is a great protagonist. Her simple innocence at the beginning, to the hard-edged android she is at the end, is well done and her performance is so good that you forget early on that she is fully CGI. You’re rooting for her through the whole movie and you want her to succeed. Christoph Waltz plays Dr Ido who feels like an anime character due to his ridiculous rocket powered hammer, which is as cool as it is cheesy, of course, his performance is excellent.

The other characters all do a great job, especially the hunters and Grewishka played by Jackie Earle Haley who was a stand-out bad guy. Mahershala Ali was an okay villain for the movie, he played the part well for what he had, but felt overshadowed by the hunters and Grewishka. The one character which critics were not a fan of was Hugo played by Keean Johnson, he is Alita’s love interest in the film, I actually quite liked their romance, yes, the dialogue is a little cheesy, but that is where the bad comes from anime, it can be a little cheesy sometimes, but you look past that. 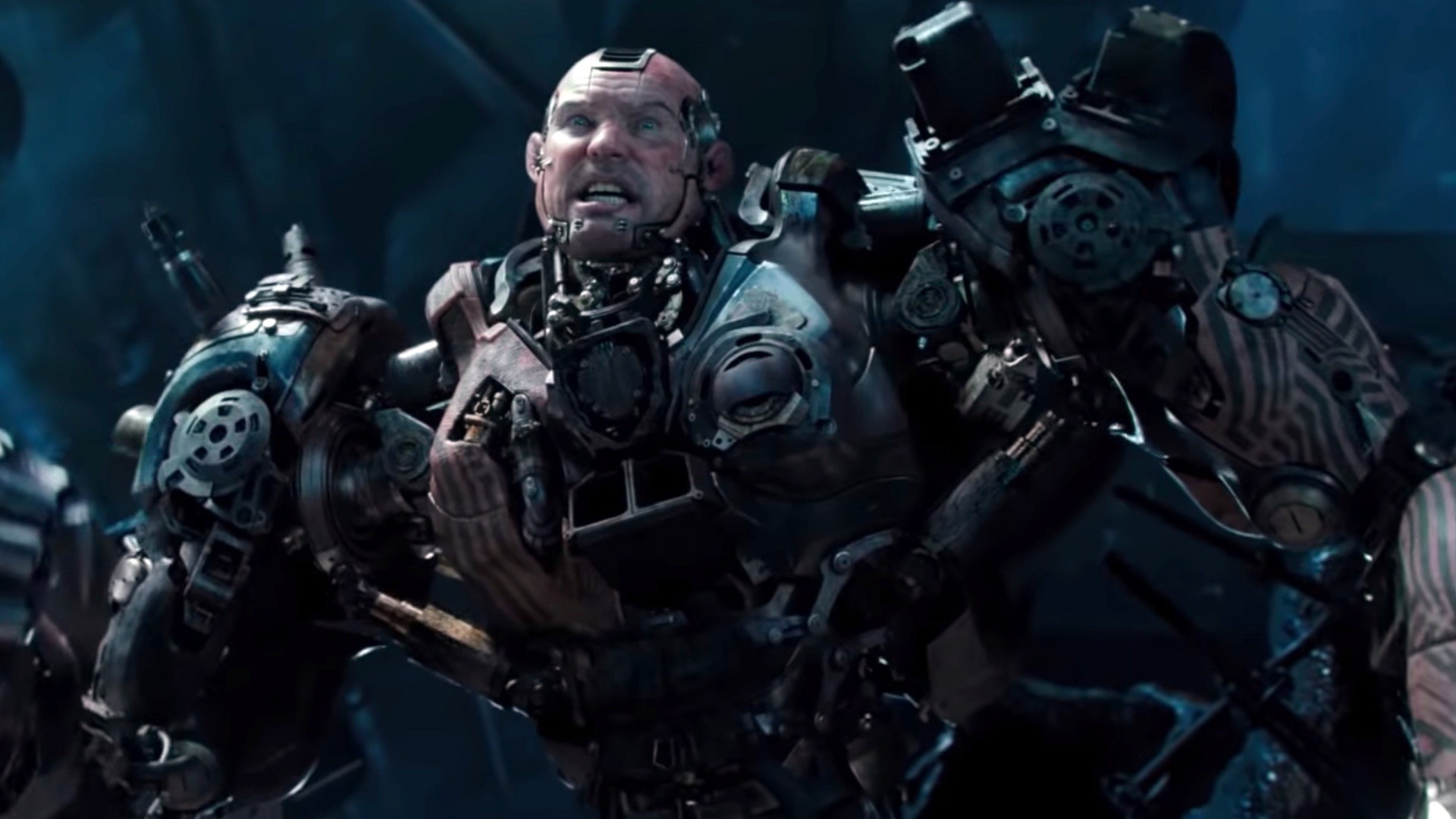 So, the characters are good, the dialogue was here and there, what about the actual story? Well, it is based off a 1980’s cyber-punk anime, if you have seen Ghost in the Shell, Akira, Blade Runner and played Final Fantasy 7, then you have seen this kind of story before. Though that may be the case, I don’t think an anime has been done in live-action this good, ever. The CGI is mixed in so well, that you forget that it’s not actually there and you get injected into the world straight away. The world building in this film is great and is what differentiates it from other cyber-punk films. I’m not going to spoil too much of the movie, as I walked in not knowing much at all, all I can tell you is if you like anime, you will probably like the story.

If you’ve read this all so far, you can probably tell I really liked the movie, before I move onto any of the poorer parts of the movie, I need to talk about the action. The action is incredible with some stand out scenes in this movie. Modern movies very rarely actually have more than one stand out scene anymore, but Alita has several, I’m not sure who the choreographer was, but the action is impeccable. For a 12a (PG13 for Americans) this movie is very violent, it gets away with a lot, so I really wouldn’t recommend smaller children seeing this unless they can handle it.

There really aren’t many bad parts I can think of, the dialogue is stilted at times and cheesy, but that didn’t really bother me. The relationship that Alita and Hugo have, didn’t bother me any where as near as other critics and I actually found them quite cute. I loved that there were some really cool characters in the movie, which harkened back to old 80s/90s action movies. The only other thing I can say is that the ending is obviously setting up a sequel and if there isn’t one, then it will effect this movie.

Nearly two years ago Ghost in the Shell came out, we all thought that it might be the movie which showed that anime can translate into live-action, although a very beautiful movie, it was missing the heart that the original had. Alita: Battle Angel is an excellent movie and is easily the best adapted live-action anime ever and hopefully shows Hollywood that if you put in as much effort as James Cameron and Robert Rodriguez did, that you can make a good adaptation. This movie has made me want to watch the original anime, read the manga and I hope there is a sequel for this, as I have fallen in love with the world of the movie.

The world of the movie

The characters (especially the bad guys)

The ending feels more like a set up to a sequel

Thanks for reading! Let me know what you thought and follow my blog for more posts, I post quite frequently and love talking anything film, comics, games and a whole lot more.