Here’s what I thought:

I love Spider-Man. I loved the 90s animated series, the comics, the Sam Raimi movies, the video games and growing up he was my favourite superhero along with Batman and Goku. When initially hearing that Sony was producing a new animated Spider-Man film I was as excited as I was hesitant. The movie being animated meant they could be very creative with their story, yet Sony did not have a great track record with Spider-Man for a few years now.

Yesterday I finally saw Spider-Man: Into the Spider-Verse and I absolutely loved it! If you’re a Spider-Man fan, you will love every reference and plot point that is in this movie. I walked into it quite blind, not knowing a lot and walked out of the movie debating if that is my second favourite film of 2018 now.

Since it’s been about two months since the film came out, I will be talking some spoilers but will warn you, when I start to do so. As I understand with time sometimes it’s hard to see a film as soon as it comes out.

To start with, the visuals/animation were spectacular, to say the least. The art style grabs your attention straight away and was stunning to look at for two hours. There were shots where my jaw had literally dropped because of how beautiful the shot was! I especially appreciated that each Spider-person had their own art style depending on the dimension they were from. The soundtrack was equally amazing.

The film also had heart, all of our main characters had natural growth and a sense of progression to their character. Their chemistry was very strong, in particular, Peter and Miles’ chemistry each of them growing each other’s character.

The character designs were brilliant re-imaginings. I especially loved Kingpin’s design, he has never looked so intimidating and huge before. You really got a sense of how powerful and scary he was, the other character who really stuck out was The Prowler. The Prowler had a scariness to his design and I loved how he moved in every scene. 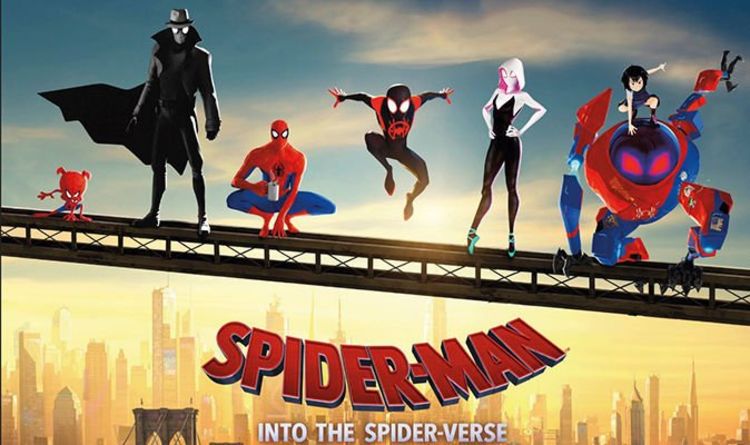 The story was also perfect, filled with fan service, but also simple enough for newcomers to understand and appreciate the plot. Before we get into spoilers, the only negative I can actually think about is that it finished and we need to wait to see if there will be a sequel! Yes, it was that good in my opinion!

Next up are some spoilers, so if you don’t want to know any, then please don’t read on: All the different Spider- People were great fun. The two that stood out most to me were Spider-Man Noir and Spider-Ham. Spider-Man Noir was excellently voiced by Nicholas Cage, his noir, hard-boiled dialogue was hilariously coupled with Cage’s fun voice. Spider-Ham was just hilarious and came off as though he deserved to be part of the Looney Tunes.

I also like how they handled the villains. We had villains such as Tombstone and The Prowler, Scorpion and a few others in the movie, who I never imagined to be seen in a thetrical Spider-Man movie before. Fans knew that The Prowler was going to be Miles’ uncle, but the audience I could tell were shocked and it was written in very well into the plot.

Overall, the movie was an absolute blst and if I had seen it when it came out, it would have 100% been in my top 5 favourite films of last year. A Spider-Man film has finally topped Sam Raimi’s first attempt for me as my favourite, I really hope they do a sequel to this, as I aboslutely loved it! Thanks for reading and let me know what you thought!