Let me take you back to 2002. Mortal Kombat 4 was a bit of a disappointment and MK Mythologies and Special Forces were complete duds if the next Mortal Kombat game was a failure, the franchise would have probably died forever. There was a lot of pressure on Ed Boon and Midway’s shoulders, would they deliver? Hell yes! When they dropped the trailer at E3, the hype was real and when Deadly Alliance finally dropped, the game was a big success.

The new gameplay was different compared to any other fighting game, being able to switch between fighting styles and a weapon was so cool for the time. I remember being about 9 years old and playing this game and being stunned how good Scorpion and other characters looked in these graphics and animation.

The moment I knew I was in for something special was from the opening cutscene, Raiden’s chilling voice saying “Liu Kang is dead”. We are very spoiled now in the modern MK games, but we had never seen storytelling like this in a cutscene before, MK4’s endings had cutscenes but not with the quality of this opening cutscene. 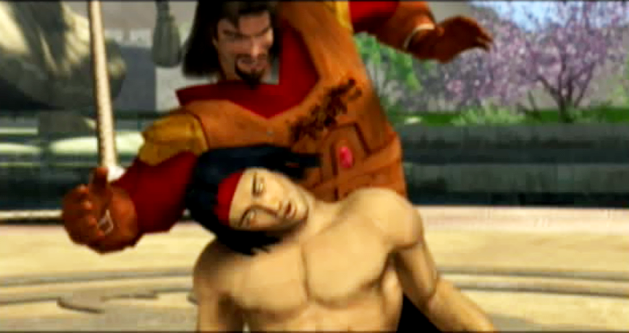 The number of unlockables in the game was also incredible, this was the introduction of the Krypt, where you unlocked characters, costumes, arenas, concept art and Cooking with Scorpion! I miss the days where we unlocked characters, I liked Injustice 2 with the premier skins, so I hope MK11 brings that back.

Let’s talk about some of the negatives. The Konquest mode was basically just a practice mode with a bit of a story and gets very repetitive. Some character designs are also very questionable, the women were very oversexualised and Mokap, just Mokap… Overall this was a great comeback for the series, but the sequel surpassed it in almost every single way, which I will talk about next.

A brilliant reinvention of the franchise

Great graphics for the time

As good as Deadly Alliance was, Deception was better in every way. The opening cut scene was even better than the last game. Deception also had an incredible cast of characters. The game brought back fan favourites such as; Baraka, Sindel, Mileena, Nightwolf and many more including a very popular partnership between Noob and Smoke. The game also had Havik who is one of the best 3D characters in the series, Sub-Zero’s best outfit ever and zombie Liu Kang! If the roster didn’t make you want to play the game, there was much, much more.

The number of different game modes was insane! Konquest was a full-fledged RPG where you could travel to all the realms in the MK universe and brought the best story (in my opinion) in the whole series. Other game modes included Puzzle Kombat, which was a fun Tetris inspired game and Chess Kombat, a very fun take on chess. I miss all three of these game modes and really hope they return in MK11 or the future. Then there was the Krypt again and also an online mode, which I never played because my PS2 wasn’t hooked up to the internet back then. Lastly, the gameplay was perfected from Deadly Alliance and the animations were very smooth. The final boss in the arcade ladder was Onaga who is actually my favourite final boss after Shao Kahn, I hope he returns for MK11 also. If you can’t tell I absolutely love this game, the only fault I have with it; is that MK1 came with the American version, but the English version didn’t.

Fantastic variety of modes (4 games in 1) 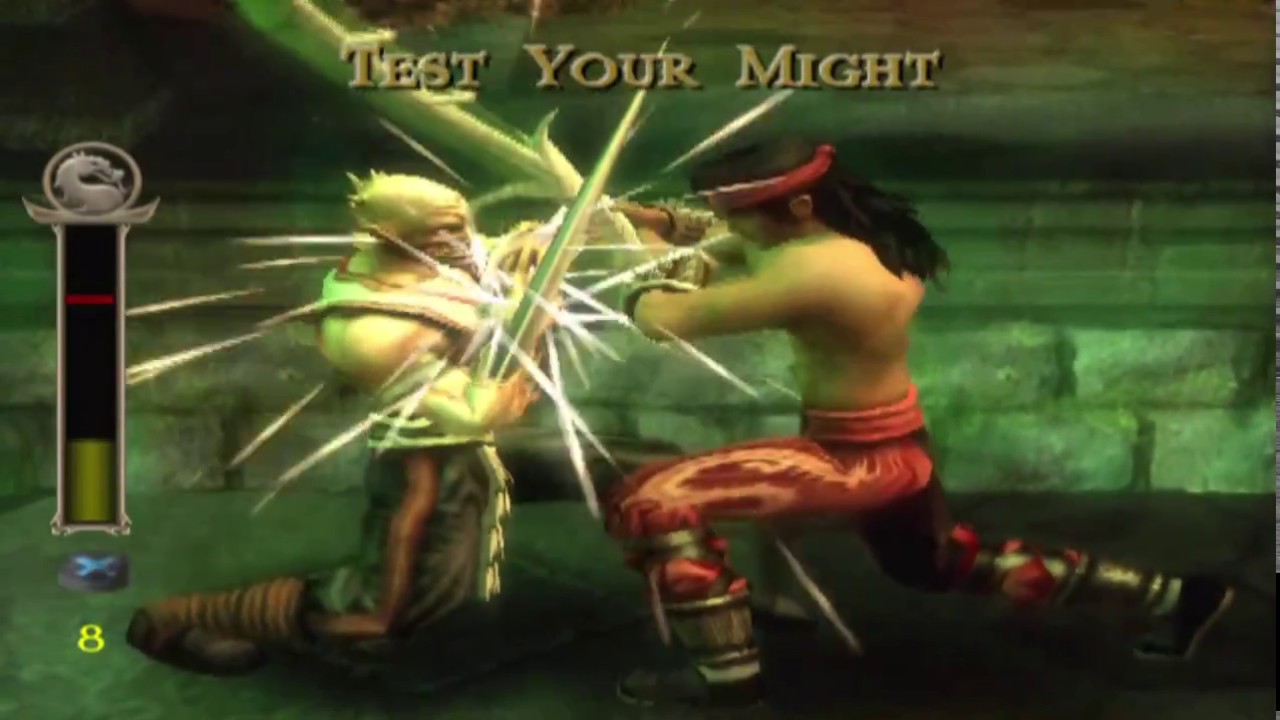 MK Mythologies and Special Forces were complete duds, but this did not stop Midway from having one more attempt at an action-adventure game. MK Shaolin Monks came out in 2005 and my goodness was it good! The opening cutscene starts with the end of the first tournament and is even better than Deception’s amazing opening scene! Then it transitions us to a non-cannon retelling of MK2 which was a brilliant choice since that is the fan favourite game.

The gameplay was so fun, not as technical as games like Devil May Cry or Ninja Gaiden, but was very fun. The open structure of the original MK2 arenas was beautiful and it was so cool being able to explore places such as the Deadpool or Living Forest.

The bosses were so good and in my opinion, this is my favourite rendition of Baraka, they actually did him justice in this game, not like MK9 or MKX where he just gets beaten up all the time. Although the final boss fight with Shang Tsung, Kintaro and Shao Kahn was extremely difficult and there should have been a checkpoint in between the fights, as it took me literally hours to beat them.

There was a versus mode with a few characters to play as, it was a good mode, but nowhere near as good as the actual fighting in Deadly Alliance or Deception. There was also a secret way to play MK2, but again only in America, which was very annoying for me (since I live in England). The only other problem with the game was the fact that this was when Midway was having trouble and you can tell the game was rushed with some cutscenes looking great and others looking terrible and actual missing parts of the game.

Great retelling of the MK2 story

Quite a lot of unlockables

A lot of the game was unfinished

Here we are at the second downward spiral of the series. I really like Mortal Kombat Armageddon for a lot of reasons, but I also understand why fans started losing interest again at this point of the series. Let’s start with the positives first. The opening cutscene was amazing again, with every single fighter from the whole series fighting one another and a brilliant introduction to Blaze at the end of it, the game was off to a good start.

The roster is the best roster in the series, purely because the game contains every character in the series as a playable character, which was a dream come true for a fanboy such as myself. The arcade ladder was very strong with a lot of arenas returning from Deadly Alliance and Deception and some very cool new ones also. There was also a mode called Motor Kombat which was a fun take on a kart racing game, although it did feel very bare-boned and unfinished.

There was a great Konquest mode which took a simplified take on the gameplay from Shaolin Monks and was a full action-adventure game. Lastly, there was a Kreate a Fighter mode which was really fun, but would only allow you to create one character and there were missing pieces. The Krypt and online modes also returned.

The quantity in the game was astronomical, but it also brought a lot of negatives. Like Shaolin Monks, this was made in a time when Midway was facing troubles and the game was rushed out to make money. Although the roster was great, they came with only one fighting style and weapon and none of them had fatalities, the fatalities were called: Kreate a Fatality and were incredibly dull. The bare-bones also made Motor Kombat quite stale and Kreate a Fighter had a lot of missing bits.

The main highlights of this game are the Konquest mode and that you get to play as every character, but it is definitely the weakest of the PS2/Xbox/Gamecube era of Mortal Kombat and created a downhill spiral again for the series.

Largest cast of characters ever

Great variety of modes (3 games in 1)

Kreate a fatality was dull

Some unfinished parts (missing equipment in kreate a character)

This part was a little bigger than the others, but that’s probably because this was the generation I got the most into MK, it is also because these games had so many more modes and features to talk about compared to the other games. Armageddon left the series in a bit of a downer, but it was the next game that brought Mortal Kombat way back down at the bottom of the barrel, would Mortal Kombat comeback again? Find out in the final part, which will be coming very soon!