2018 was one of the most disappointing years for film for a while. It started off so strong with excellent movies coming out in the first half of the year, but the last half had a lot of duds. Don’t get me wrong, there were some great movies still, just a lot of disappointing ones. Before we start our honourable mentions there were a few movies I didn’t manage to see, which could have potentially made my list if I saw them. These movies are:

I will see these movies over the next month, but wanted to get this list out as soon as possible, which unfortunately means those movies couldn’t be on the list. Next up here are my honourable mentions:

Mary Poppins was among my favourite movies when growing up as a kid and I wasn’t sure I would like this sequel, as I thought the original was untouchable. I walked into the movie with zero expectations and walked out pleasantly surprised. Mary Poppins Returns is a genuine feel-good movie, I had a smile on my face throughout the runtime and left the movie in a happy mood. There aren’t many children’s films or films, in general, made like this anymore and it made me feel very nostalgic. Emily Blunt was perfectly cast as the lead role, as were all the other actors. The songs may not be as memorable as the original, but it will put a smile on your face and entertain you, which is what movies were made for. 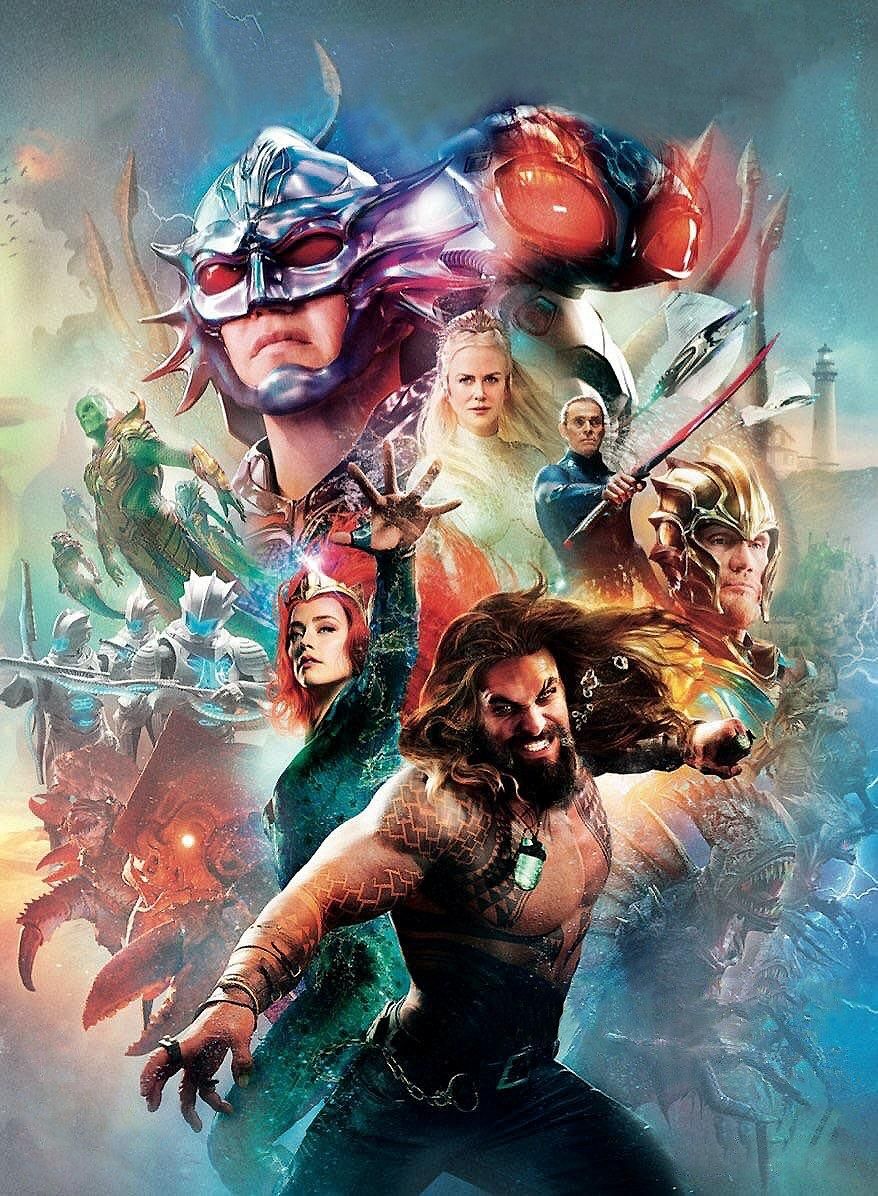 Oh DCEU what promise you had when Man of Steel first released. With a very mixed bag of films being released, they now have another hit; Aquaman. Aquaman is a movie that knows what it is, a fun, dumb comic book movie. Part Indiana Jones, part Hamlet and part conventional 90s action movie, it is a fun ride. Jason Momoa owns the role and you can tell he loves being Aquaman. If this film came out last year would it have been in the top 10? Probably not… But in a year full of underwhelming movies the film shines.

I’m on an eight-hour flight back to England in the summer and I’m flicking through a bunch of movies to watch and come across this. I had heard of it in the cinema, but I couldn’t be bothered to go see it (although being quite a fan of Wes Anderson) but similar to Mary Poppins, with zero expectations, the film impressed me. The stop animation is amazing and the cinematography (like every Wes Anderson movie) was beautiful. 2018 was really the year for kids movies.

You need to see this movie! Annihilation was such a great new Sci-Fi movie. Completely original and an amazing story. This came out very early in the year and as soon as I saw it, I knew this would stay in my top ten all year. I love when Sci-Fi movies are totally original and this was it. I’m not going to talk much about this film, because the less you know the better, I just urge you to see this movie!

Kids films ruled in 2018! Incredibles is one of my favourite childhood movies, I saw it over 4 times in the cinema, it took 14 years for a sequel to finally come, but it was definitely worth the wait. What I love about most kid’s films, is when you are grown up they make you feel like a kid again and there is no better feeling than the sense of wonder you had as a child whenever you experienced a new film or game. The writers appeal to this and make us relate to the adults and Incredibles 2 did this to a great degree.

Creed was a surprise smash hit a few years ago, no one was expecting much and what we got was an incredible Rocky sequel. What I didn’t expect is for them to make a sequel. Luckily the same amount of effort went into crafting Creed 2 and it was a great sports/boxing movie. As good as the first? Definitely not, but it was a very enjoyable boxing movie and kept me engrossed throughout. Michael B. Jordan and Sylvester Stallone gave great performances as their characters yet again. Do we need another sequel? No. So please keep it at that now before the quality does start declining.

I’m not a fan of biopics, but I love Queen and Rami Malek seemed like perfect casting so I was instantly interested in seeing this movie. Bohemian Rhapsody came out late October and was astonishing. The direction of every scene was perfect and Rami Malek wasn’t just acting, he was Freddy Mercury. The movie left me in a good mood and I listened to Queen for weeks after seeing the movie. If you’re not a fan of Queen, I will say it won’t be as good for you, but then again, who on Earth doesn’t like Queen?! Now for my top 3, they are on a completely different level to all the other movies on this list. As I said earlier on,  this year was disappointing for film, but these three films carried the year. At number three we have A Quiet Place which blew me away early last year. I had never felt that tense in a cinema, ever! I felt like any little sound I made in the cinema could give away where our protagonists were and get them killed. My last half hour with the movie was literally spent gripping my chair in fright until the movie ended and then I left excited that I had just seen such an amazing movie. I haven’t seen it since the cinema and I doubt the experience will be as good at home, but it stands at number 3 in my favourite movies this year.

A Quiet Place would be my favourite horror movie of the year if it wasn’t for this masterpiece. Hereditary was a horror movie with so many levels of deepness to it that every watch is a reward for the viewer. It has elements of real horror and supernatural and every single performance is outstanding! When this movie finished I could not stop thinking about it for days. If you want to know a bit more of what I thought about Hereditary click this link: 10 Best Horror Films of the 2010s, it would be number one if it wasn’t for the next movie on my list…

Wow, just WOW! Ten years of movies in the making Avengers: Infinity War broke every movie record ever and it deserves it. The way it managed to balance all of these amazing characters in one movie was brilliant. Thanos was the perfect villain. As I say to everyone; watching this movie in the cinema must have been what it was like for our parent’s generation when they went to see Star Wars for the first time. If you want to know more of what I thought about this movie then read these two posts: MY NON-SPOILER AVENGERS INFINITY WAR REVIEW and My Thoughts on Infinity War {SPOILERS} where I have my in-depth thoughts to why this movie is the best movie of the year and arguably for years. Bring on Avengers: Endgame this year!!!

Any of these movies on your list? Any you think are in the wrong order? Let me know in the comments and like these pages if you liked it. Follow The 12th- Dimension for more posts like this.