Join me in this Konquest!

As I said in: MORTAL KOMBAT 11 IS OFFICIALLY ANNOUNCED!!! and Predicted Character Roster for Mortal Kombat 11, there is going to be a lot of Mortal Kombat posts in the coming months. Starting from today I am going to review every console release in the series in a four-parter. Once I have reviewed all the games, I will make a definitive ranking of all the games. Hope you guys will enjoy this project and that my love and passion for the series really comes through! MORTAL KOMBAT! The game that changed gaming forever! There were other violent games out there, but none with the style that Mortal Kombat had. It was like Enter the Dragon mixed with East Asian B movies. During the time that the game came out, there were a ton of fighting games, but it was the fatalities and digitized actors which separated Mortal Komat from the rest. Today the graphics may seem incredibly dated, as well as the gameplay; but if it wasn’t for Mortal Kombat we wouldn’t have gotten all of these other amazing games. The story was basic, but fun and introduced us to a world which we would all grow to love.

Introduced us to the MK universe

Good lore for a game of its time

Good fighter for the time

Aged the most out of the series

A very small selection of characters 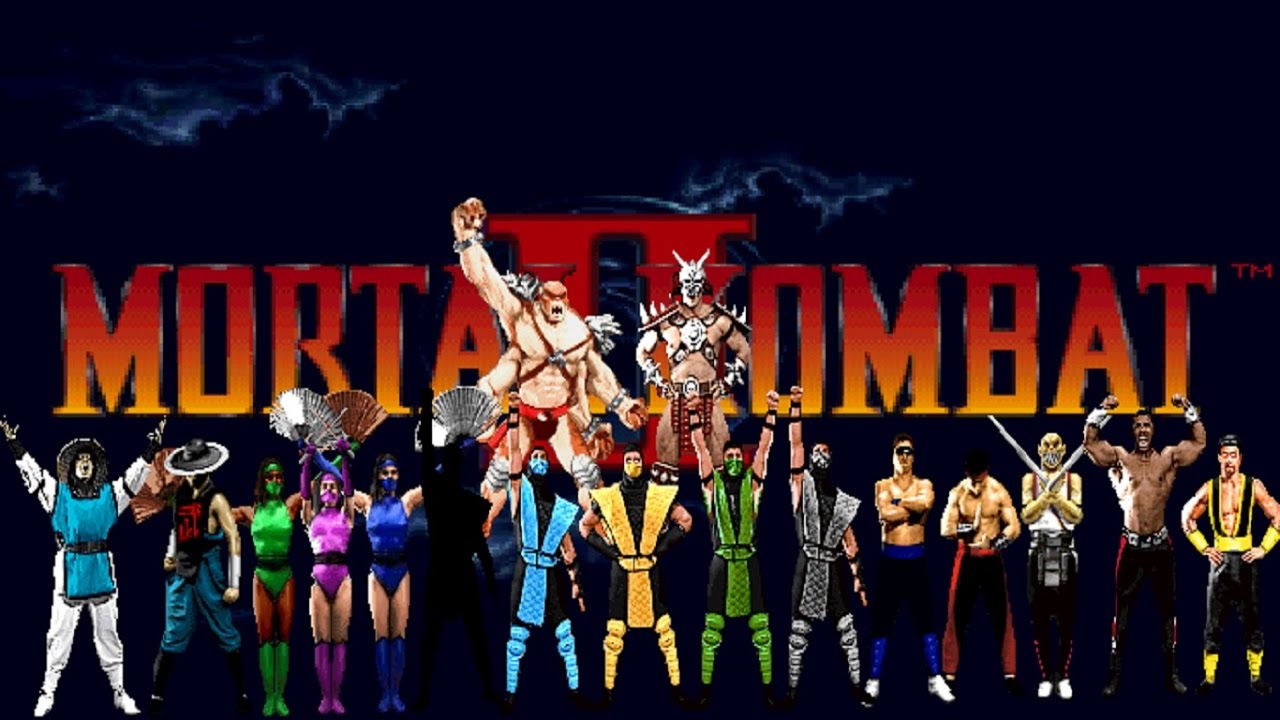 The first Mortal Kombat I ever played and in my opinion the best of the original 2D games; Mortal Kombat 2 improved the first game in nearly every way. The game introduced us to my favourite character: Baraka, my favourite MK villain: Shao Kahn and the lore was explored far more. The stages were dark and scary, the characters had a bunch of different finishers, not just fatalities and they all had a lot more moves. Mortal Kombat 2 has aged a lot better than the first game and is still a ton of fun to play.

Improved almost every way over MK1

The best art style of the 2D games

Up until about six years ago, I had never actually played the original Mortal Kombat 3, and I could see why. The gameplay and graphics are better than MK1 or MK2, but the character roster is lacking. The fact they did a Mortal Kombat game with no Raiden or Scorpion was just ridiculous. Instead, we get characters like Stryker… The setting of the game was not as interesting as the first two either, because it is based in the city environment. Not a bad game, but easily my least favourite of the 2D era games.

Best graphics of the 2D era

The worst roster of characters in the original trilogy

No Scorpion or Raiden! 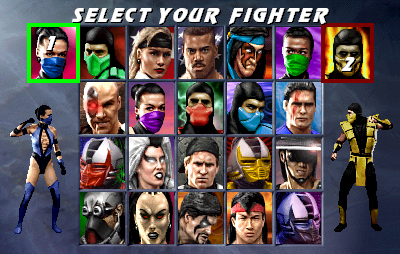 If you ask fans what is their favourite MK of the original games, it is normally between MK2 or UMK3. I prefer the roster and atmosphere of the second game, but I can see why this is a fan favourite. UMK3 has a great cast of characters, they realised removing Scorpion was a stupid decision (although still no Raiden – due to the actor having trouble with the MK team at the time) and there were plenty of ways to finish your opponent. The setting is still what makes this game not as good as MK2 to me and Shao Kahn is really cheap.

Added Scorpion and other favourites to the roster

Best graphics of the 2D era

This was the version of MK3 which I had when I was younger on the PS1. It easily has the best character roster of the original series and has nearly every arena from the trilogy! So why isn’t it my favourite? Well, the characters had terrible balancing issues, playing as the boss would normally guarantee you a win, especially against the CPU. The gameplay also felt quite floaty, with a camera which was further away and weird jumping mechanics. It is a very enjoyable game and I have sunk dozens of hours playing it in my lifetime, but it is not as good as MK2 or UMK3.

The best roster of characters after Armageddon

Has nearly all the arenas from the original trilogy

Get to play as the bosses

Graphics are not as good as MK3 or UMK3

The camera was more zoomed out and doesn’t feel right

So that was part one of my Mortal Kombat series review. Stay tuned and follow my blog for the next part which will come out shortly! Thanks for reading!