I cannot describe how excited I was to see Halloween 2018, it’s the first time I’ve been old enough to see a slasher film in the cinema. How did I leave the cinema after the film? Overall disappointment. Unfortunately, Halloween is not as strong as expected and nowhere near as good as some critics are rating it.

The original Halloween has remained one of the best horror movies of all time and has had some pretty good sequels, as well as a lot of bad ones. When Halloween 2018 was announced, my excitement was quite reserved, as nearly every slasher remake or sequel in the last few years has been a dud. Then Jamie Lee Curtis signed on to come back to the franchise, news spread that it was going to be a straight sequel removing all other sequels from cannon and finally Laurie Strode and Michael Myers would no longer be related. All this and the trailers built my expectations higher, then great reviews came out for the movie and all of a sudden my expectations were over the moon! 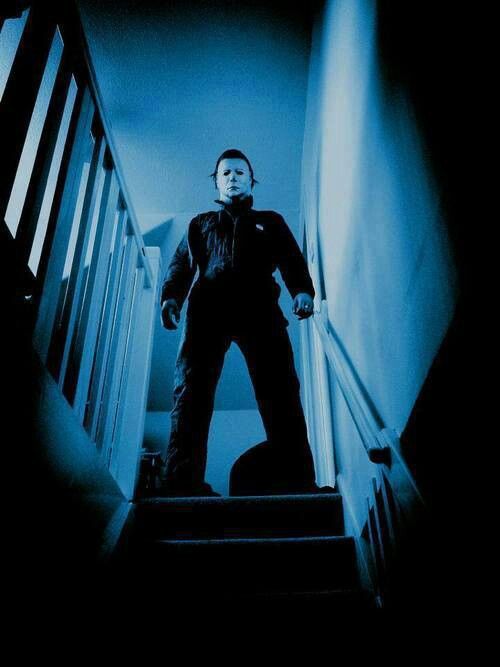 The first half of Halloween 2018 is fairly strong and has a lot of positives. The biggest positive I can give this movie is that there are scenes which feel as though they were directed by John Carpenter himself. There are genuinely tense and scary scenes in the movie, with a perfectly directed tracking scene, following Michael through Haddonfield doing what he does best; murder. The cinematography and camera work is done well in the whole movie, but the tracking scene, in particular, is the best.

Speaking of murder; the kills in this movie are a spectacle to watch! Each kill is entertaining and that is what you want to see when you go to see a slasher movie. One kill in particular including a motion sensor light in a back garden is excellent. The best thing about them though is that it’s not done in a silly or over the top way, but is actually quite frightening; which says a lot considering how many slashers I have seen in my life.

Finally, Michael Myers was acted brilliantly by James Jude Courtney, delivering a horrific performance, with movements taken straight from the original movie. Jamie Lee Curtis also brings a good performance to the movie and there are a few other ‘good’ performances.

Urgg! This film is so frustrating! The first halves build up is so strong! Then a certain scene happens (we will talk about in spoilers) and from there on, it enters ‘silly’ territory. Everything from then on is just stupid. Even though the last sequence has some good scenes, it is ruined by a silly undertone layered on top of the whole movie.

There are quite a few scenes attempting humour; the dad was rather annoying and every scene seemed to need to resort to humour somewhere. Saying this, there is a scene between a child and a babysitter which was very amusing, but apart from that, the humour was not needed. The film would have been far better off without it.

There are characters who do not need to be in the movie, such as the boyfriend character, the journalists and especially the psychiatrist (I hate that guy – more in spoiler section). Most characters are added into the plot, just for plot devices, which never seem to go anywhere. Laurie’s daughter played by Judy Greer mysteriously gives an awful performance, hamming it in every single scene.

Let’s talk about the elephant in the room… Dr Sartain (the new Loomis), my gosh what were they thinking. What starts off as a Loomis rip off – which they even state in the film! Eventually his character kills the sherrif and can carry Michael Myers! Let’s start from the beginning of the scene: the sherrif has the doctor in his car, aswell as Laurie’s grand-daughter in the back. They run over Michael, the sherrif goes to kill Michael, then in a ridiculous twist, the doctor kills the sherrif, carries Michael into the backseat with the grand-daughter and wears the damn mask! The twist is stupid, this makes Michael seem incredibly weak and there was no point to this twist as Michael instantly kills him straight after anyway! Why would a doctor do this?! He knew he was a killer for fourty years, abosultely stupid and from this scene onwards, it is just a silly film. Michael doesn’t seem as intimidating anymore, because he just got knocked over by a car and was able to be carried by a middle-aged doctor and silly scenes just continue to happen from this point.

The final set piece of the movie is done well, a lot of tense scenes, but Micahel just seems weak and stupid. Then Laurie has a scene where she appears from the shadows and says a silly one-liner and pushes Michael into the basement to die. It was supposed to be cool, but it was so cringy and there are a few other scenes like this also. Characters during this whole end segment make several stupid mistakes – even for horror movie standard, a very disappointing end to the film.

It’s such a shame too! If it wasn’t for the end of the film leaving a sour taste in my mouth, I would have said the film was a fun ride, but it just gets ruined by the ending. The best part of the movie is the middle, where Michael gets his mask back and goes an insane killing spree. Every kill in the middle is gruesome fun and has the tensest and scary scenes of the movie. The middle part of the film feels like it is from a different movie, a more competent one.

Overall I’m very disappointed in this film, there are parts that feel like they are part of a masterpiece slasher movie. Instead we get a bog standard slasher movie, with silly fun and some stand out scenes. I couldn’t help but feel if this movie was directed by a more seasoned horror director that this could have been a 9/10 or even 10/10! What I hope this film has done is hopefully make slashers come back in popularity and allowing studios to put more effort into them. I want a new Nightmare on Elm Street and Friday the 13th movie and hopefully, the financial success of this film will allow this to happen. If they do make these films though, let’s hope we get a good screenwriter and a seasoned horror director to create them. Thanks for reading and have a great Halloween!