Carrying on with our Halloween celebrations, today I’m going to rank all of the main games of the Resident Evil video game series. If you read Top 5 Favourite Game Series of all Time you know that Resident Evil is in my top five favourite video game series. Resident Evil 2 Remake is coming in just a few months and judging from how it looks, it might top this list. Remember I’m not ranking these in order of the scariest or best horror, but best overall games.

In the last place is Resident Evil 6; not a terrible game, but extremely disappointing. When the first trailer was released, showing a campaign starring Leon, Chris, Wesker’s brother and ZOMBIES, fans were eagerly awaiting this game. Unfortunately, the game was a bloated mess, quantity over quality was its motto. There were three campaigns and a secret fourth one, Leon’s definitely being the strongest, but none of them being as strong as any of the other games in the franchise.

The fifth game got a lot of flack for being too action heavy, this game took any of the tension left from the fifth and just made it pure action. Even Leon’s campaign which starts off more horror-focused eventually becomes a silly mess, like the rest of them. Chris and Wesker’s brother’s campaigns are both equally weak and Ada’s is average at best. Definitely the least memorable game in the series, but if it wasn’t for the poor critical response for this game, then we would have never got the fantastic Resident Evil 7!

Has our favourite characters

The other three campaigns are lacklustre

A stupid story even for Resident Evil standards

Resident Evil 3: Nemesis has the best gameplay of the original trilogy, the game also has the best graphics and a fantastic boss, so why is it so low down on my list? The truth is I am not a big fan of enemies that you can’t kill and that can always get you, that’s one of the reasons I never finished Alien Isolation. Nemises’ design is iconic, but he was just an annoyance for me, it took away those quiet moments from the first two games. Playing the game, it is obvious it was supposed to be a side title, not the third one and that Code Veronica was supposed to be number 3. There is very little changed from number 2 and it feels more like an expansion pack rather than a full game.

Best gameplay of the original trilogy

Best graphics of the original trilogy

Feels too similar to number 2

Nemesis is an annoying main villain at times 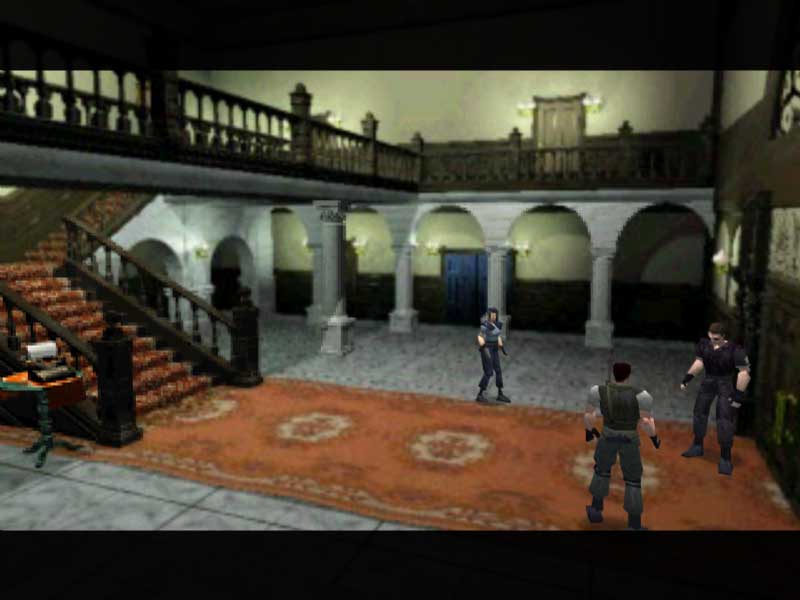 The original Resident Evil is the most influential horror game ever made. If it wasn’t for this game, horror games would not exist the way they do today. For that, the game deserves to be in a higher ranking, the trouble is: is that the game has aged the worst and the remake is so much better. The game is still more enjoyable to me than numbers 9 and 10 on this list, but it is definitely not a Resident Evil I would replay again.

Scary for its time

Code Veronica is the true third game in my opinion. It has far better graphics, newer enemies and a more action-heavy story compared to the first three. Plus it brought back Albert Wesker and any game that features him as a villain gets an instant boost. The main set back for this game is that although the graphics were good, the gameplay did not feel as though they had evolved it. It still feels stiff, although I don’t mind the tank controls, it was getting stale and Resident Evil 4 proved that Resident Evil needed a big change in gameplay. The side characters and villains were also very annoying and bad, which again was improved with all later games.

Gameplay starting to get stale at this point

Side characters are annoying

Resident Evil 0 feels like a watered down version of the remake. It has the amazing graphics of the remake, but a poor story and boring characters. The reason it’s higher than the others on the list is that the gameplay is still tight and is overall a very enjoyable game to play. Played together with the remake makes the experience better as it fits in well as a prequel. It misses out from the top five because the top five are some of my favourite games of all time and have replayed multiple times, while these bottom five I’ve only played once and probably never again.

In the shadow of the remake

Controlling two characters can be annoying at times

The fixed camera was getting stale

I love Resident Evil 5! Is it a great Resident Evil game? No, but is it a great game? Hell yeah! The gameplay is intense! Always causing your heart to thud so loud you can feel it coming out of your chest, the bosses are insane and the Africa setting was and still is very original. A lot of fans complain that there was too much action, but I believe the terror comes from the intensity of the battles and the enemies are still very scary to look at and fight. The only reason it is not higher on the list is that it is not as good as the top 4 at being a Resident Evil game and they are overall better games.

The Africa setting is very original

There’s a reason they are remaking Resident Evil 2, the game is simply spectacular. It kept the scares from the first game but brought the terror to a city. Leon S. Kennedy is a police officer, his first day on the job and a zombie apocalypse starts! The story and characters were far stronger than number one and enemy variety was plentiful. Most fans regard this as the best game in the series, it is not that good in my opinion due to how it has aged slightly and my top three are far better games.

Introduced us to fan favourite Leon

Easily the best of the fixed camera games: Resident Evil REmake is a timeless classic. It got rid of the awful dialogue of the original, has graphics that still hold up 16 years later and is still a scary game, even today. The game is probably the best remake ever made and I hope that the Resi 2 remake will be given this much care in development. If you haven’t played this game, I urge you to play it before you play the new game in January, you will not regret it!

The mansion is the perfect horror setting

A great amount of enemy variety

The fixed camera was getting a bit old

Resident Evil 7 is the scariest game of the series and is the reason it won out in my: Top 10 Favourite Horror games. Even though the game is in the first person, it feels closer to the original game/remake than any other game in the series. Resident Evil 7 did this with its terrifying scares, having lots of puzzles, having a huge claustrophobic area and the plot is mainly told through files rather than cutscenes.  The first hour of this game is one of the most intense experiences of my life! The only reason it is not number one is that number one is one of the best and most influential games ever made, not just horror or Resident Evil and that game is…

Scariest game of the series

Brought back the original Resident Evil gameplay, with a first-person twist

Some of the best graphics I’ve ever seen

Moves at a great pace

Not a lot of enemy variety 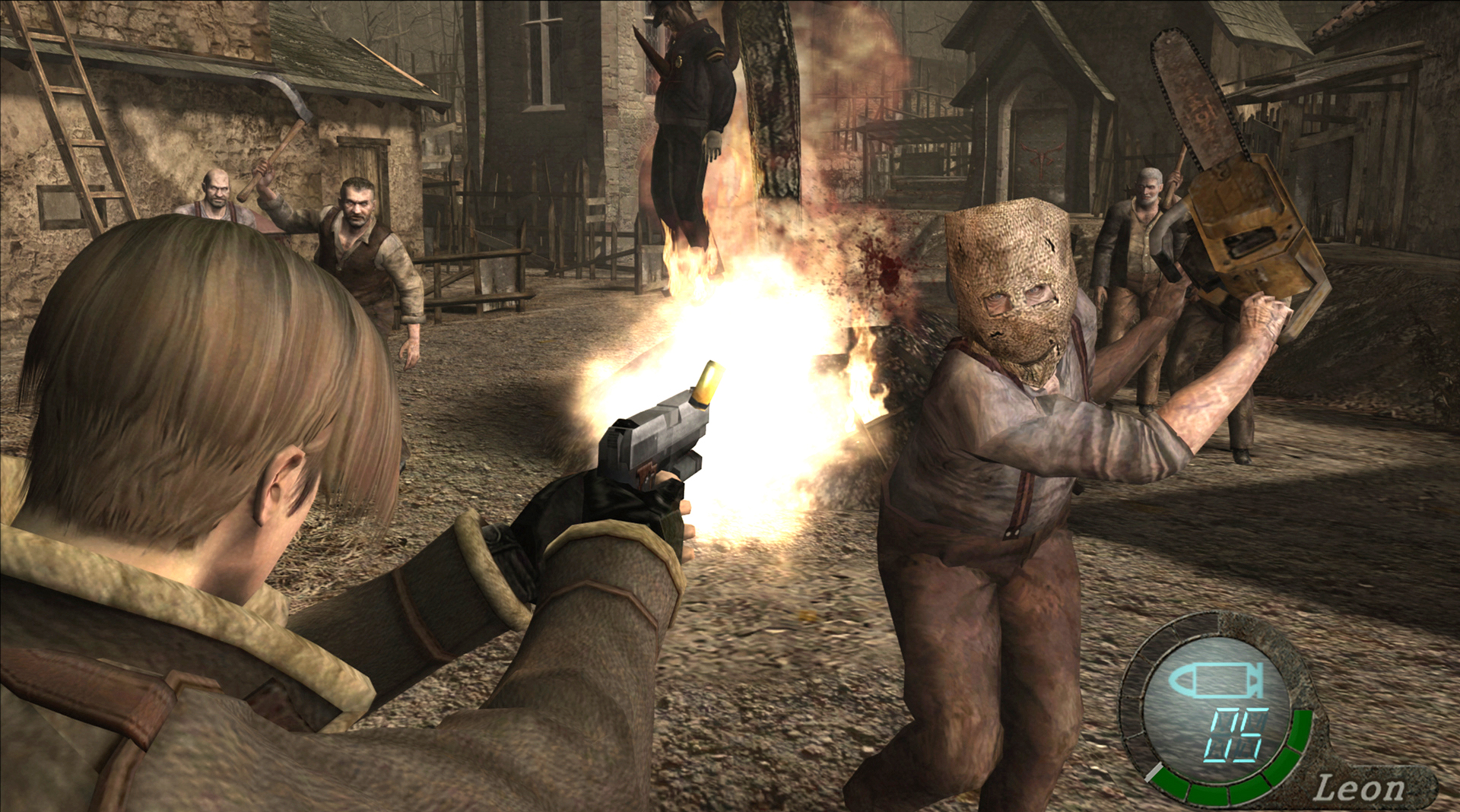 What other game would it be? Everyone has played or at least seen this game somewhere. Since it’s release back in 2005, Resident Evil 4 has been on every gaming platform there is, even our mobiles! The graphics are perfect, gameplay revolutionary and the journey it takes us on was unlike anything we had ever seen in a game before! I have replayed this game far more than any other game in this series and probably more than most games. Sure it may not have been as scary as other games on this list (except for the Regenerators), but this game, in my opinion, is a perfect game. There would be no Gears of War, no Dead Space and any other third-person shooter/horror games we have loved in the past decade. Resident Evil 4 is my favourite Resi game of all time!

Great graphics for the time

A high amount of enemy variety

Influenced some of my favourite games

Apart from the Regenerators and some tense moments, not that scary

What are your favourite Resident Evil games of all time? Are you excited for the Resident Evil 2 remake coming in January? Let me know! Follow The 12th-Dimension for more spooky posts through this terrifying month of October!