Why all the hate Predator fans?!

So, I’ve just seen The Predator, needless to say, the reviews have not been kind to it. As per usual with these controversial films, I actually liked it! Let me explain why…

Predator is one of the biggest movie franchises there is and I am a massive fan. The original 1987 film is an absolute classic, it is one of the best sci-fi action horror films ever crafted and is a masterpiece of the genre. Predator has an excellent build up, ridiculous action and an extremely cool cast of characters. After the release of such a great film, of course, a franchise was spawned. Predator 2 was then released in 1990, receiving mixed opinions, but explored more of the mythology of the Predator and had some memorable scenes.

Through the 2000s other comics and games were being released, as well as the NECA toyline. In 2010 Predators was released and it was the closest the studio got, in trying to recapture the magic of the original. It brought us back to the jungle and had the characters being hunted again, it was nothing new, but was a fun romp and definitely the best sequel so far. After the film, everything went quiet and we patiently waited to see what the next instalment might be.

The Predator was announced, directed by Shane Black (who was in the original and helped write some of it) and because of his involvement, our hopes were high, since he has never made a bad film. As we got into summer 2018, the excitement was definitely at a high and I could not wait for the film to come out.

Last week it came out and sadly critics did not like it. Receiving average to poor reviews, most saying there were too many jokes, it was messy and just stupid. My excitement quickly went to disappointment, but I still held a little bit of hope, hoping to at least enjoy it as a fun action movie. I saw it yesterday and let me tell you what I thought…

I liked it. We will talk about spoilers later on in the review in a separate section, as there I can highlight more of the negatives. It wasn’t the perfect Predator movie, nor was it the worst. It reminded me of the dumb 90s action films that I love such as Face/Off, Con-Air, Point Break and many others, which we have had a severe lack of in the past decade or so. If you go into it with a clear mind, just excited to see Predator action, you will have a good time.

One of the main complaints the film had was there was too much humour. There was a lot of humour, but it all fitted with the characters in the film, they were crazy characters, each with a different quirk and I did not find their humour too much at all. It helped connect with the characters so that when the action started, you actually cared about them. Speaking of the cast my two standouts was Thomas Jane who played a soldier with Tourettes and Sterlin K. Brown who seemed to love playing the villain. I have to agree though that Olivia Munn did feel miscast sometimes, especially when she started talking about science, it just felt a little off. 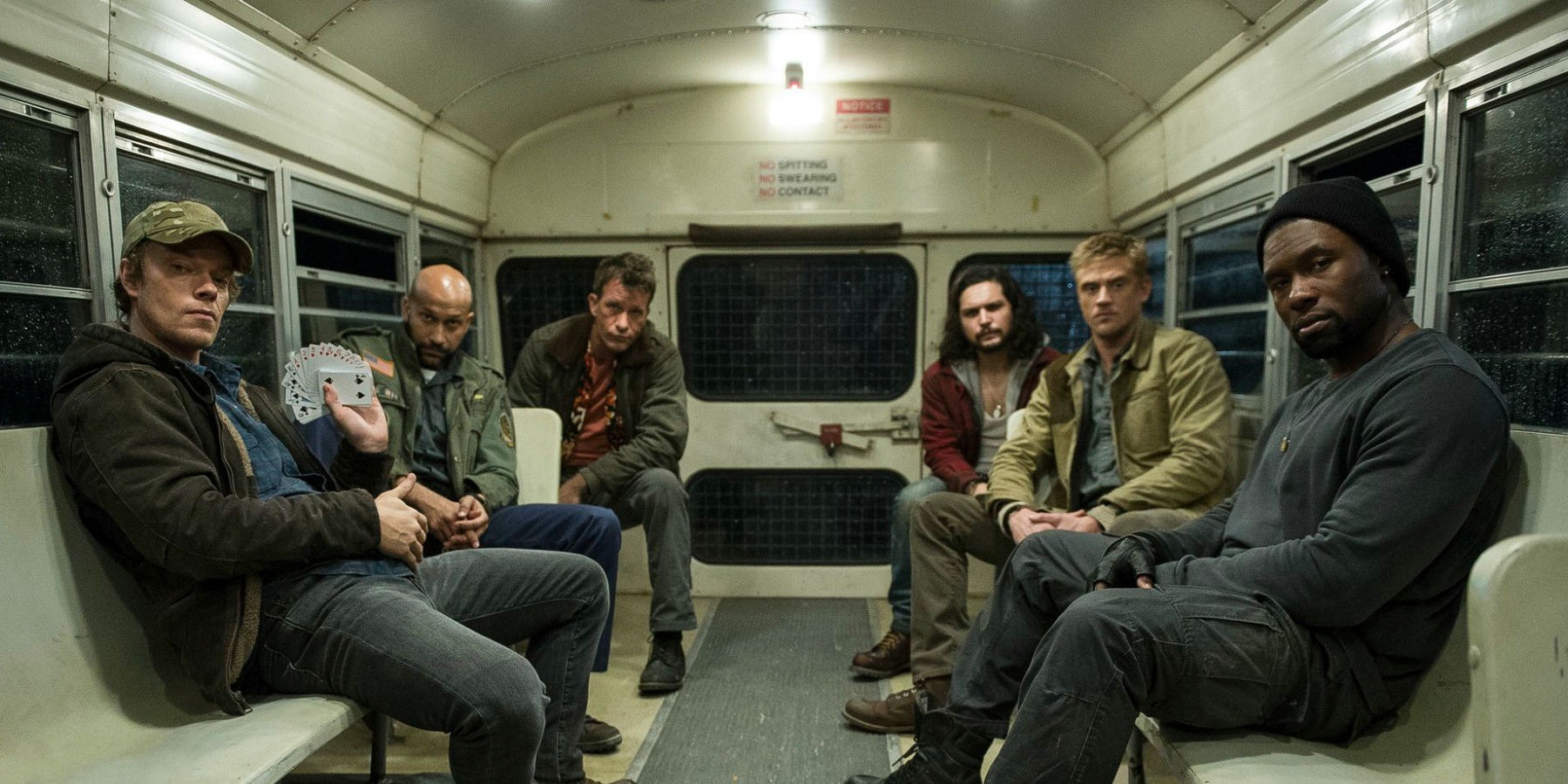 The action in the film is insane, combining practical and CGI effects, most looking top tier, though the new Predator you could tell was CGI, was still done to great effect. There is a plethora of gore and violence and it all fits in within the Predator universe. Again the action felt like something you would have seen in the late 80s/ early 90s and I loved it.

Although I am allowing the film to get away with a bit, because it knows it is a dumb action film, the story can be very stupid at times. The story and these points will be explored more in the spoiler section, but there is a certain part right at the end, which is just very stupid.

Though it is a shame the film was not trying to be as good as the original, I have to commend it for knowing what it is and being self-aware throughout. As a huge Predator fan, I liked this film a lot, it could have been a lot better, but compared to all the sequels, it is definitely up there with Predators. Now let’s rate this before we spoil this movie.

Had the potential to be a lot better

If you have come to this section, I expect that you have seen the film, or don’t care about it. In this section, we will get into more detail about the actual plot, the stupid decisions that were made, but also things that I liked.

The big complaint I have about this film was some of its stupidity, a lot of it involving the son. I get that the new Predator saw how smart the child was and wanted to take his spinal fluid, but why did he have to take him alive? He could have just taken his spine. There are also millions of people on our Earth with Aspergers, does that mean they could decipher the Predator language? If so, then why did the Predator only take the son? Too many questions, not enough answers, it added these moments in to give depth to a fun dumb action film, it wasn’t needed, but because they added it in, it should have been explored more. There is also no way in hell the son would be working full time as a scientist at the end of the film, maybe if he was just popping in to help with the dad, but working full time in a secret government base? No way.

The worst part though was the ending, where the scientist gets the ‘Predator killer’ an Iron Man/Guyver type suit, it was just plain stupid. I, like many others, thought it may have been a Xenomorph in there, the person I was watching it with jokingly said “I bet it’s Arnold Schwarzenegger“, that would have made more sense than that stupid suit. It did not fit in with the rest of the film at all and should have just been some sort of weapon like a gun, not some weird suit.

It’s not all bad though, there were some very funny scenes. Being a Shane Black movie, the film has a holiday theme, this time it’s Halloween (my second favourite holiday). I absolutely loved that it had this, there should be more scenes involving the holiday, but having the son walk around in the Predator mask was a hilarious image and led to a great scene. All the loons were also very funny, all of whom had great character, the scene where they wake up Olivia Munn in the hotel being the funniest.

The death scenes were excellent. Thomas Jane’s death with his partner was a standout, as well as Williams’ death, which felt the perfect fit for his character. The final action scene with The Predator was thrilling, with some amazing sequences. The only death I think was short-changed was Sterlin K. Brown’s character, he was killed in a split second and was never acknowledged, it was disappointing because he was such a good villain, he deserved a death scene which stood out.

Overall The Predator is a fun film which I recommend to anyone, it is a shame that it’s not as good as the first, but it tried something different and is definitely not as bad as critics are making it out to be.

If I were to make a Predator film, I would make it a slasher flick. Having soldiers in a war having to stay in an abandoned mansion and they get hunted down and killed one by one in this house. Or how about a film set in the past, one of the world wars, or feudal Japan, there are so many avenues left to explore for the franchise that I want to see.

Let me know what you would do as a sequel and what you thought of The Predator in the comments below. Like it, if you liked it and follow my blog for more amazing posts from The 12th- Dimension!