Quite possibly the scariest clown in horror movies?! Maybe? Let’s review the cult horror movie Terrifier and find out! 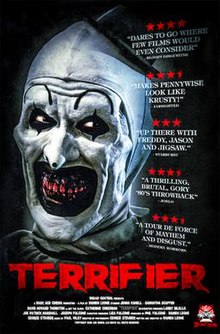 Earlier this year I was scrolling through Facebook, then on my phone screen there is a post from Lad Bible. A caption saying “this movie looks terrifying”, me being a horror movie nerd I naturally watched on and saw the main antagonist in the film; Art the Clown. His look was enough to make me want to watch this film, I researched about the director Damien Leone and saw that the director had used Art before in All Hallow’s Eve, which made me even more intrigued. Several months later I have finally seen the film and as soon as it finished, I had to write a review of it. Enough talking now, let’s get to the review! Oh also if you haven’t guessed EXPLICIT CONTENT AHEAD!

Terrifier is an old school slasher movie which is a love letter to the gory and exploitive 80s horror movies. It follows two girls who are out on Halloween night and bump into our antogonist Art the Clown, then a very predictable film follows. Girls are captured and have to escape Art’s torture and make every horror movie mistake that Scream told us not to do.

So, the film is predictable, is nothing new and is very low budget. Does that mean this is a bad film? Well it depends on who you are and what you like watching. If you are someone who loves gory exploitation 80s slasher movies (I don’t mean the good ones like Nightmare on Elm Street 1 or Halloween, but all their sequels and copy cats) then you will like this movie. If you have a weak stomach and want a horror movie with a deep or psychologcal horror, then you will probably hate this movie. 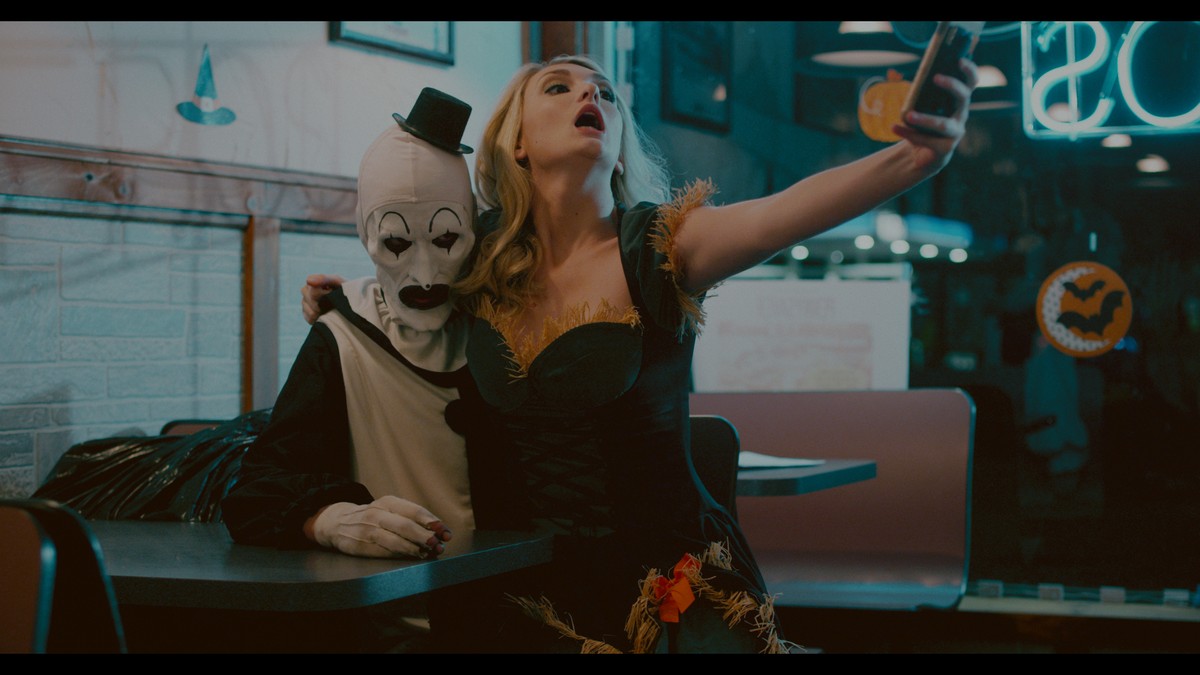 The reason that this movie works, is because it knows what it is, it’s not trying to be the best horror movie ever, it is trying to be a hardcore slasher flick, where the villain and the gore is what you have come for. In this, it succeeds. The love for the horror genre is seeping through the film and you can tell everyone involved is super passionate the genre.

The biggest stand-out of this film is Art the Clown played tremendously by David Howard Thornton. He is horryfying and stands out as a brand new horror icon, not yet with the likes of Jason or Freddy, but if any other sequels come about, he could get there. You can tell in every scene that he loves playing the villain and is just horrible to look at. The only complaint I have about Art is that in one scene he uses a gun, which just didn’t fit with the character or slasher movies villain. 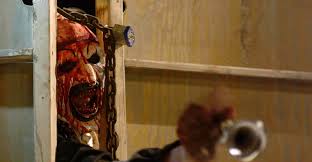 The main complaint I have with the film though is the plot, it is just there for the kills. Of course, this is what we came for, but there was not much substance other than that. If this movie gets a sequel with a higher budget, I’d like them to come up with a better plot and better protagonists to fit with their amazing villain.

Horror movies are hard to rate, especially ones that are bad and gory on purpose. I am going to give this film two ratings. If you hate gore and these type of exploitive slasher movies, you will hate this movie and probably just rate it a 2/10. The two for the performance of Art and the effects. But, if you are like me and enjoy these types of films for what they are you will likely think of it as a brand new classic slasher film, which you will want to watch every Halloween. I’m not going to rate this as a film, but rate it as a modern day slasher. I am going to give Terrifier a:

Have you seen the terrifier? If so, what did you think? Or do you plan to see it after reading this? Let me know in the comments guys and please like and follow my blog for more posts like this or anything else in the geek world!