With the new Spider-Man title coming to the PS4 next month, I thought it would be prime opportunity to go through my favourite of the web crawlers past games.

Growing up as a kid, Spider-Man was easily my favourite hero along with Batman, his 90s animated series and Sam Raimi movies were my childhood and I played any game based on him that I could get my hands on.

Today we will go through three of my favourites, the list is not in order and I know everyone talks about Spider-Man Shattered Dimension, but I have not played that game yet, I know it’s 7 years old why haven’t I played it yet? Truth is I never got round to it and do plan to one day. That is why it is not on this list. Now let’s dive into Spidey’s web and look at my favourite games 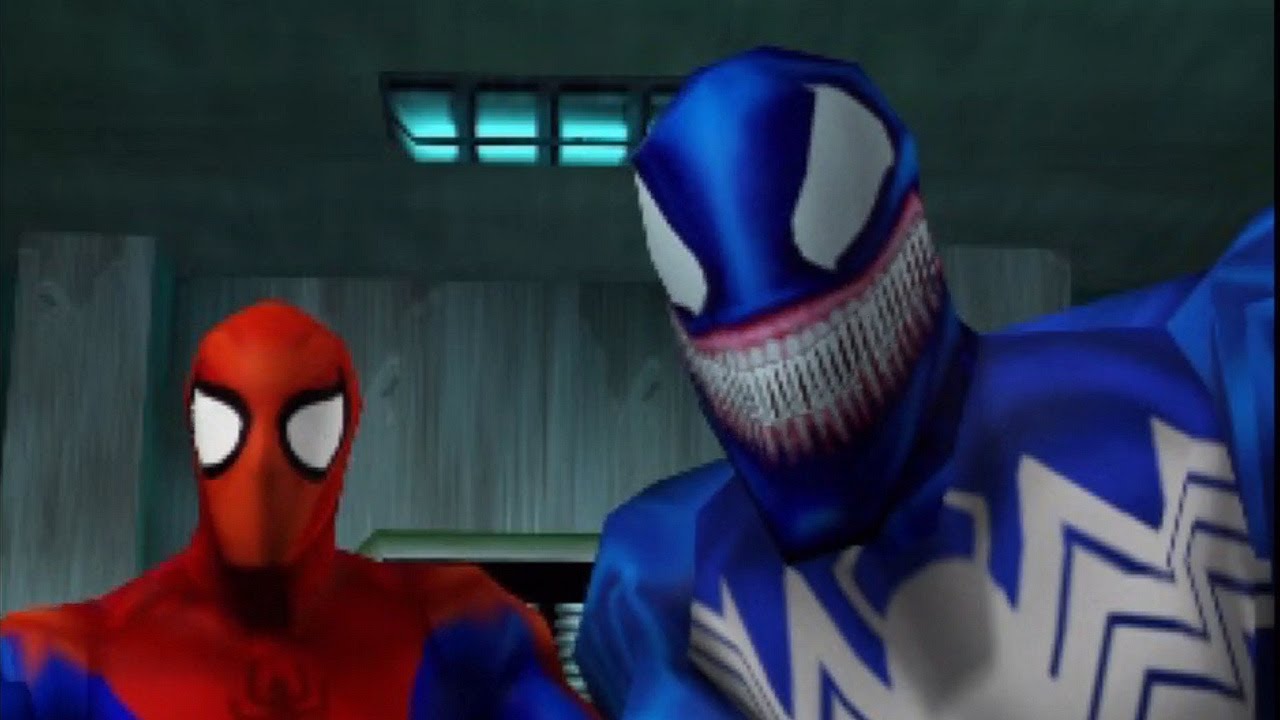 Spider-Man released in 2000 on the Playstation 1 and Nintendo 64. It may have not aged as great as the other two on this list, but it laid the foundations for what most Spider-Man games would one day become.

As a kid of the 90s Venom was one of my favourite comic book characters and he was featured heavily in this game. Venom was the comedy relief but still had the awesome voice and I would re-watch several cutscenes with him in every day.

It wasn’t just Venom though, the game featured nearly every major Spider-Man villain and even created the awesome final boss Monster Ock. When playing the game you truly felt like you were Spider-Man beating up all his rogue’s gallery. 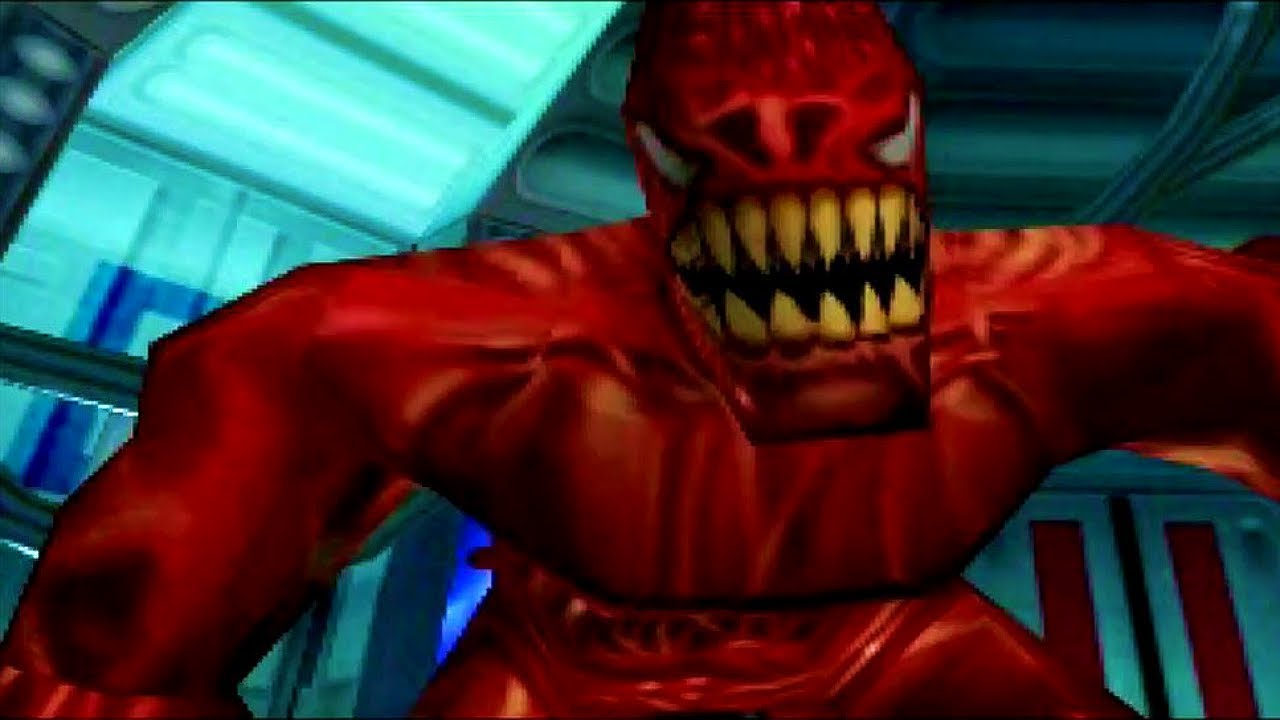 The gameplay and graphics have aged the most. For the time the graphics on the N64 were good, the PS1 version left out a lot of detail in Spider-Man’s suit though, but at the time you could easily look past that. The gameplay was as good as you could make with the technology then and was the start of how Spidey would fight in subsequent games, even having some moves from this game in his most recent titles.

The last thing I want to touch on are the collectables, oh the collectables! I always bang on to people about how I miss a ton of collectables and cheats in games. For those of you who are too young to remember before the 360 and PS3, there was no such thing as DLC and any additional content had to be unlocked through hard work and determination. Some games of today still have this, but most you need to pay extra, for any additional content. Spider-Man was rich with tons of unlockable costumes, collectable comics and because it was a rather short game you didn’t mind replaying it a few times. 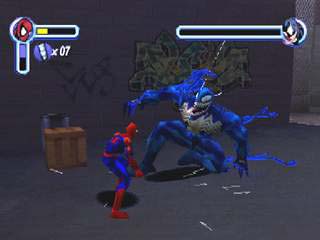 Overall Spider-Man may be the most aged of the 3D Spider-Man games, but it is heavily nostalgiac and is a great play to see where the series of 3D games came from.

Movie based video games used to be huge, nearly every blockbuster film would have a video game based off of it and Spider-Man was no exception. Although a lot of movie-based games have bad flack, as far as Spider-Man games go a lot of them are pretty good or even great. Spider-Man 3 and Amazing Spider-Man 2 probably being the weakest, but they are still alright games. There is one game though, that if it wasn’t for it none of these games would have existed the way they do and that game is Spider-Man 2!

In its 2004 release, Spider-Man 2 released at the time when open world video games were just starting to have a massive boom after the success of the early 3D era GTA games. Spider-Man 2 attempted the open world genre and was a huge success, some even say that the swing mechanics are still unbeaten all these years later.

The side missions have aged quite a bit now and the graphics, of course, have aged, but the game is still very playable. The reason that it is on this list though is that it was the first Spider-Man game which truly made you feel like Spider-Man. You could swing through New York City, save kids balloons, beat up thugs on the street; or just enjoy the story.

Overall it’s a very good game, more playable to the prior games and the swing mechanics are still among the best in any Spidey game. It cannot be argued that this game changed all Spider-Man games for the future. 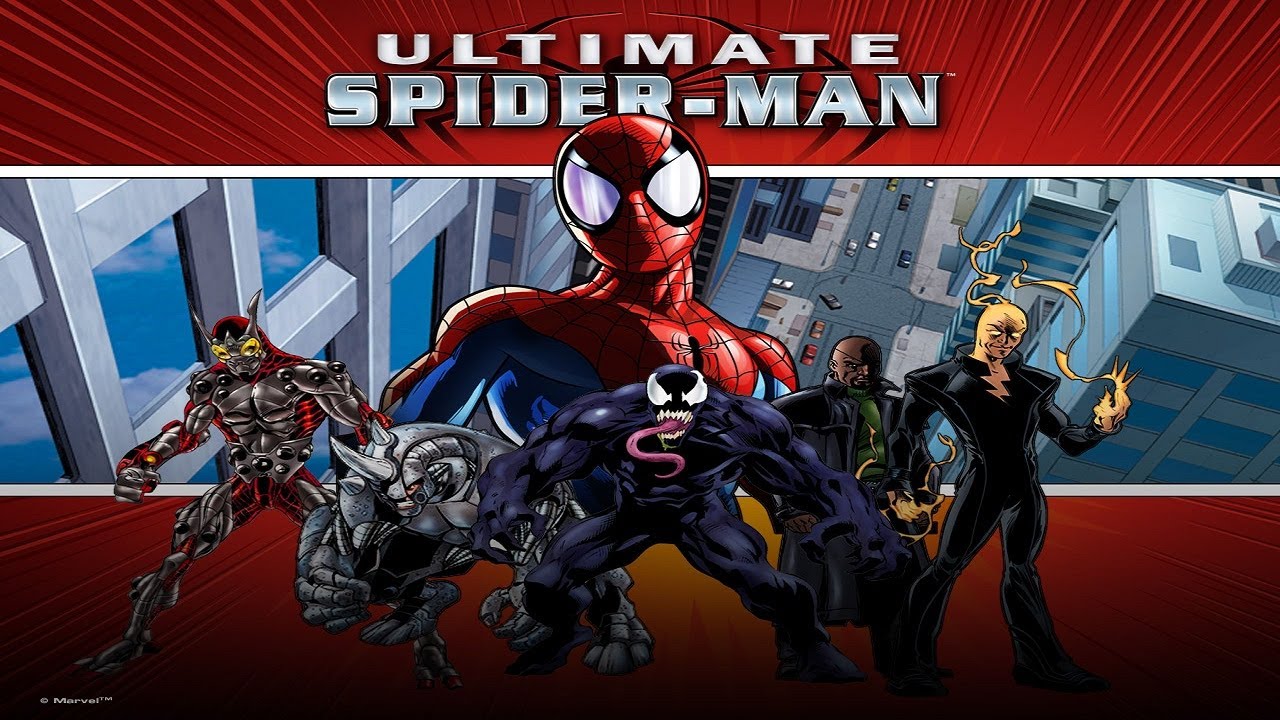 In the year 2000 Ultimate Spider-Man hit the comic shelves and was a huge success. It was a new take on Spider-Man and focused a lot on Spider-Man’s backstory and really grew him as a character. Villains had brand new origins and great new designs and it lasted a very long time.

In 2005 the game based off the series came out and in my opinion is the perfect open world Spider-Man game. It took what Spider-Man 2 did and perfected it. The graphics are ageless thanks to the comic book design and the city was a beautiful sandbox. The only thing it did not do as well as the realistic web swinging that was in Spider-Man 2, but it worked for the comic book design. The best thing about the game was that you could play as Venom! This game did the anti-hero the best, you could eat people and his gameplay really showed his furiosity. I played as him far more than I did Spider-Man in this game.

Similar to most games of the 2000s the side missions are a bit dated and the gameplay is not as smooth as games nowadays, but out of the three games I’ve talked about in this list, this is easily the easiest one to go back to.

So, those were my favourite Spider-Man games ever, hopefully, the new game next month will make it on this list, let’s hope! You can expect a review on the title sometime next month, thanks for reading, please comment, like and share.

One thought on “FAVOURITE SPIDER-MAN GAMES”