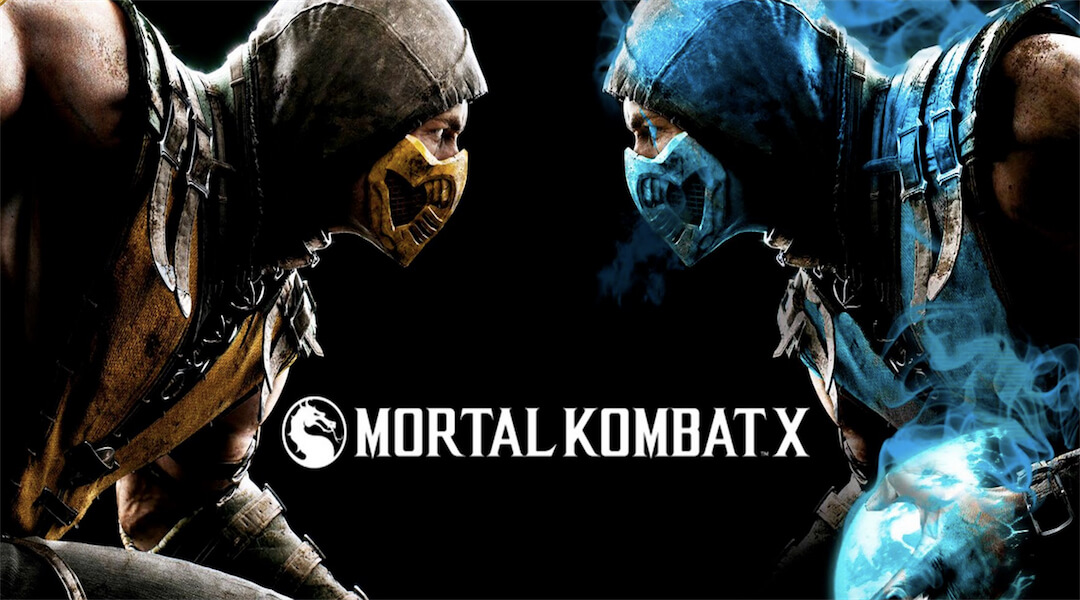 E3 is just around the corner and there is a lot of speculation that the new Mortal Kombat is going to be announced. Since Mortal Kombat 2011 Netherealm Studios have released a game every two years; either an MK game or Injustice and always announced the new one the summer after. Injustice 2 came out last year to some great reviews, as big a DC fan that I am, I’m much more of an MK fan. I am very excited for this to be announced. Bear in mind that this isn’t a list of predictions; that will be another list for another time, these are the things that I want, they probably won’t happen, but I can dream! Now, let’s get started.

I’ve been asking for this mode to return since MK vs. DC, Netherealm studios seem very against this, but I want this so badly! The Konquest modes in MK Deception and Armageddon were such great features of those games and fans would love to have these modes back for sure.

For those of you who don’t know, the Konquest mode was an RPG mode in Deception where you played as Shujinko, this was the mode which opened up Mortal Kombat’s amazing mythology like no other game had before in the series. You got to travel all the realms, unlock loads of different things including characters and arenas and it was super fun. Armageddon’s Konquest mode was an action adventure, similar to God of War, but a lot less technical, this was also very fun. It felt like you had two games in one with this mode.

Don’t get me wrong, the story mode in the MK and Injustice games is very good and cinematic, but they have been doing this style since MK vs. DC, that’s 10 years! Let’s explore the mythology of Mortal Kombat more and bring back the MK Deception style Konquest mode, just with better graphics and better execution, please Netherealm! If you’d rather an action style like Armageddon or Shaolin Monks, I’m happy with that too. 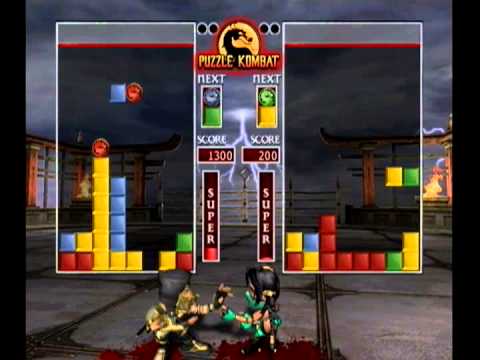 MK Deception definitely had the best features, which is the reason it’s my second favourite game in the franchise. After Konquest mode; puzzle and chess kombat were extremely fun features of the game and whenever I had people around, we’de play these modes just as much as the one on one fighting.

The puzzle kombat was a Mortal Kombat version of Tetris. It had multiple different power-ups and moves to make the game more difficult for your opponent and featured deformed versions of our favourite characters. Chess Kombat was what it says, a chess version of Mortal Kombat, where you would fight for the squares to kill the opponent’s king, great game with lots of different strategies.

The ladder modes in the last couple MK and Injustice games are fantastic modes, but I don’t think they have as good a replayability as these two modes. The reason I believe this is because these two modes were something different than just fighting, they changed up the game and stopped it from getting stale. So, let’s bring this back please Netherealm!

Re-tell the story of MK Deadly Alliance and Deception 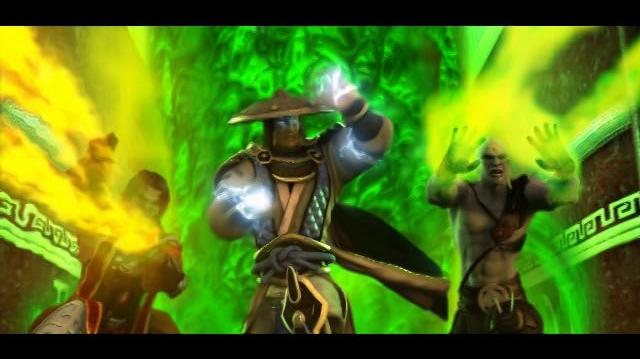 Mortal Kombat 2011 re-told MK 1, 2 and 3 and MKX retold MK4, so it is only right for the next instalment to do my favourite story in the franchise; the Deadly alliance and Deception storyline. Quan Chi and Shang Tsung may be dead, but this is Mortal Kombat, death is never final in this series. The characters are all in different places; Raiden is already dark, Scorpion is human now and Liu Kang and Kitana this time are evil; but this story can still be told.

There are rumours that Liu Kang and Kitana could be the new Deadly alliance and that the return of Onaga will bring back to life a lot of the other characters. There is also a rumour that Shang Tsung could come back to life from Sindel’s body, take Ermac’s souls and actually be the saviour of Earthrealm by beating Liu Kang and Kitana this time and maybe even Raiden; if he fully embraces his dark side. Hopefully, this will mean the final boss will be Onaga, I thought Shinnok was a pretty boring final boss in MKX, his final form was very uninspired and reminded me of Blaze or Dark Khan. Also please can we not make the characters that beat the final boss, Johnny or Cassie Cage? They were very overpowered in that game, similar to how Stryker was overpowered in MK 2011, when he could beat Kintaro!

Bring back the unlockable characters!

This feature is probably what I have missed the most since Armageddon since then we have only had to unlock one or two characters and it’s usually through completing the story mode. In my opinion this takes away the longevity of the games, when I would play MK Deadly Alliance or Deception, I would play for the characters, skins and arenas. It was such a great feeling when you would unlock these things.

If they are unwilling to do this, then one feature I did really like about Injustice 2’s customize mode, is that you could unlock special skins which made characters into different characters. For example, Captain Cold would turn into Mr Freeze. This would be great, such as if you only had Cyrax in the game, but could unlock Sektor and Smoke through a customize mode. 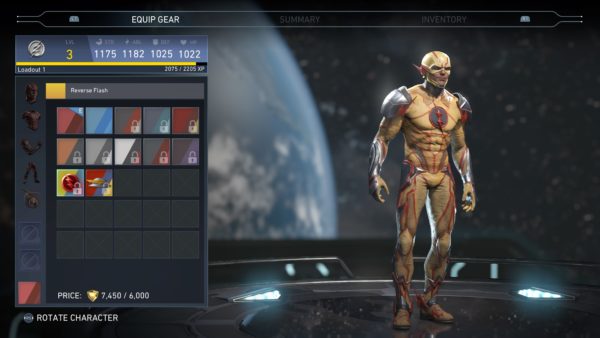 But, I will say that a lot of the clothing items in this mode were just junk and maybe we could limit to just good stuff if they wanted to bring this mode from Injustice 2.

Stop with the overload of DLC!

I will say that Mortal Kombat normally has a good share of free and paid for DLC, but there are things which upset me about this tactic. Back to the point earlier we used to unlock things, now you need to buy them, or pre-order the game in order to get them, please just put them in the krypt, then any characters that you want to add later one a few months or a year later. then make them DLC. Also something I’ve noticed about Warner Brothers games since MKX they advertise the DLC all over the main menu, please don’t do this, it’s just annoying and get’s in the way.

Another very annoying thing about MKX’s dlc is that you could unlock the whole krypt by just paying for it with real money, just pointless, please don’t do that again. The main gripe I have with the DLC though is the fans that buy the game when it comes out for full retail price, then need to buy all the DLC characters, whereas if we just wait a year we can get the game of the year version; normally for a cheaper price with all the DLC on it. Maybe Netherealm should have that if we pre-order the game we get all the DLC for free, this way the big MK fans get treated for their commitment to the series.

Finally, bring back Baraka and don’t make him a wuss 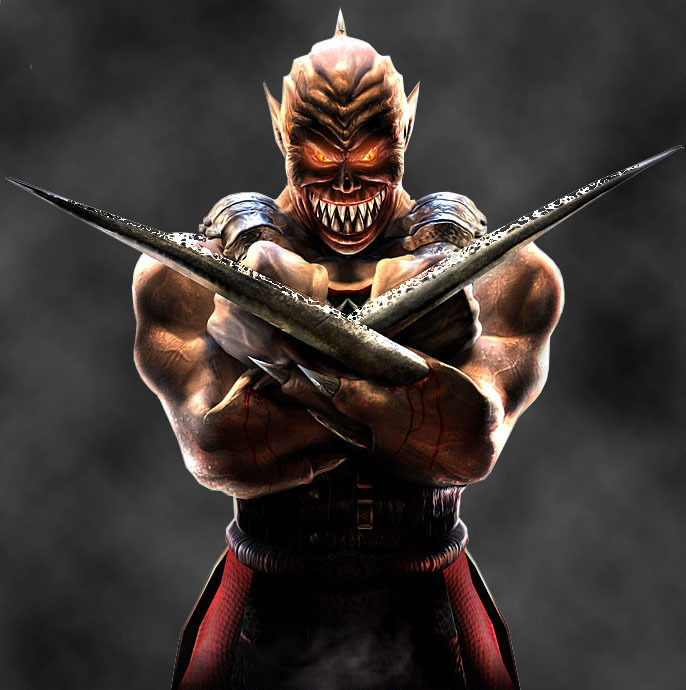 As stated in my last post; Top 5 Favourite Game Series of all Time Baraka is my favourite character in the franchise and has been since MK2. He was always a badass, especially in Deception when we found out he led a whole tribe and the trailers and videos for that game showed how cool he could be. But, in MK 2011 they made Johnny Cage able to beat him, which was just ridiculous, then in MKX he get’s killed by D’Vorah and wasn’t even playable.

This is incredibly annoying for someone who is such a big fan of Baraka like myself. Please, can we make sure we bring him back somehow like they did after he was killed in MK2, but in MK Gold they stitched him up? If we do bring him back, just don’t underpower him, that also goes for overpowering characters, like I said earlier about the Cage family and Stryker; keep the power levels right.

So, those are the main things I want to see in MK11, will I see any of these? Probably not, but let’s hope. With the lead up to the announcement and then to the game, I will be making several posts about this game and the series. Please comment below and let me know what you would like in the next game. Also, like it the post if you liked it and follow for more posts about anything and everything that I love, especially Mortal Kombat!!!

One thought on “What I want from Mortal Kombat 11”