I haven’t made many posts on video games on this blog yet, but they have been a huge part of my life since I can remember. Today, let’s talk about five of my favourite video game series of all time and which game of each franchise is my favourite. A lot of these bring back many nostalgic memories for me; so join me and let’s count down my top 5 favourite game series of all time, in no particular order.

Before I start, here are some honourable mentions:

FAV OF THE SERIES: MORTAL KOMBAT 2011

Mortal Kombat 2 was the first game I ever played on the Sega Megadrive (Genesis in America) and I fell in love with the game automatically. From the movie to the games, my obsession with the series knew no bounds, I learnt the entire history and mythology of Mortal Kombat and have been obsessed with it for years. My favourite character is Baraka, the design of him just made little three year old me love him and he would always be the character I played in MK 2. As the series went on there have been a lot of highs and a few lows, my favourites being; Mortal Kombat 2, Mortal Kombat Deception, Mortal Kombat Shaolin Monks and my absolute favourite Mortal Kombat 2011.

A lot of critics disregard the game’s story to just cheesy fun, but I believe that there is so much detail in the story of Mortal Kombat and such strong mythology, it’s outstanding. The reason Mortal Kombat 2011 is my favourite is that the story mode was revolutionary for a fighting game, the challenge tower was amazing and they finally brought the series back to its 2D routes which brought interest back in the fighting game genre again, not just Mortal Kombat. They normally release one every four years, so I’m hoping in E3 they will announce another one coming next year and if they do, you can be sure I will be making many posts about that. I also still stand that the movie is still the best video game movie ever made!

FAV OF THE SERIES: GOD OF WAR 1

God of War, is the most epic game series ever created. From the moment God of War opens showing Kratos jump from the highest peak in the whole of Greece, we knew we were in for something special. When playing the first three games, it truly felt like you were playing a Greek myth. The music is always cinematic quality, the graphics and art style are always fantastic and God of War 3 has one of the biggest bosses in all of gaming.

The reason that God of War 1 is my favourite of the series is that I love the backstory of Kratos. Seeing him plead to Ares and how he got the chains around his wrist, and the reason his skin is covered in white. Although the first is my favourite the second and third games are still brilliant, which I love more than nearly any other game. The new God of War is one of my favourite games to come out in years. Even the games which are not as good, such as the PSP games and Ascension are still great games, just not as good as the original three or the new one.

FAV OF THE SERIES: DEVIL MAY CRY 1

Similar to Mortal Kombat, I was obsessed with Devil May Cry as a child and I would delve deep into the backstories to every character, to fully understand the mythology of the series. God of War may have had the epicness, but Devil May Cry had the coolness and the technical gameplay. Every move that Dante does makes you feel like a badass, the move-set is also so deep that it was more like a fighting game, where practising can make you create eye dropping combos.

My favourite of the series is the first one, the reason for this is because of how it started; the game started as a Resident Evil game, therefore the game had a darker tone than the rest of the series; the inside of the castle was incredibly scary, the marionettes, in particular, used to petrify me. Devil May Cry 2 dropped in quality significantly, but then Devil May Cry 3 and 4 brought the series back and made it an iconic series for the PS2 and early PS3 era. In 2013, DMC, a reboot for the series came out with Dante with black hair, although fans hated this game because of what they had done to Dante, I still loved the game, not as much as 1,3 or 4, but I think it was still a great action game. 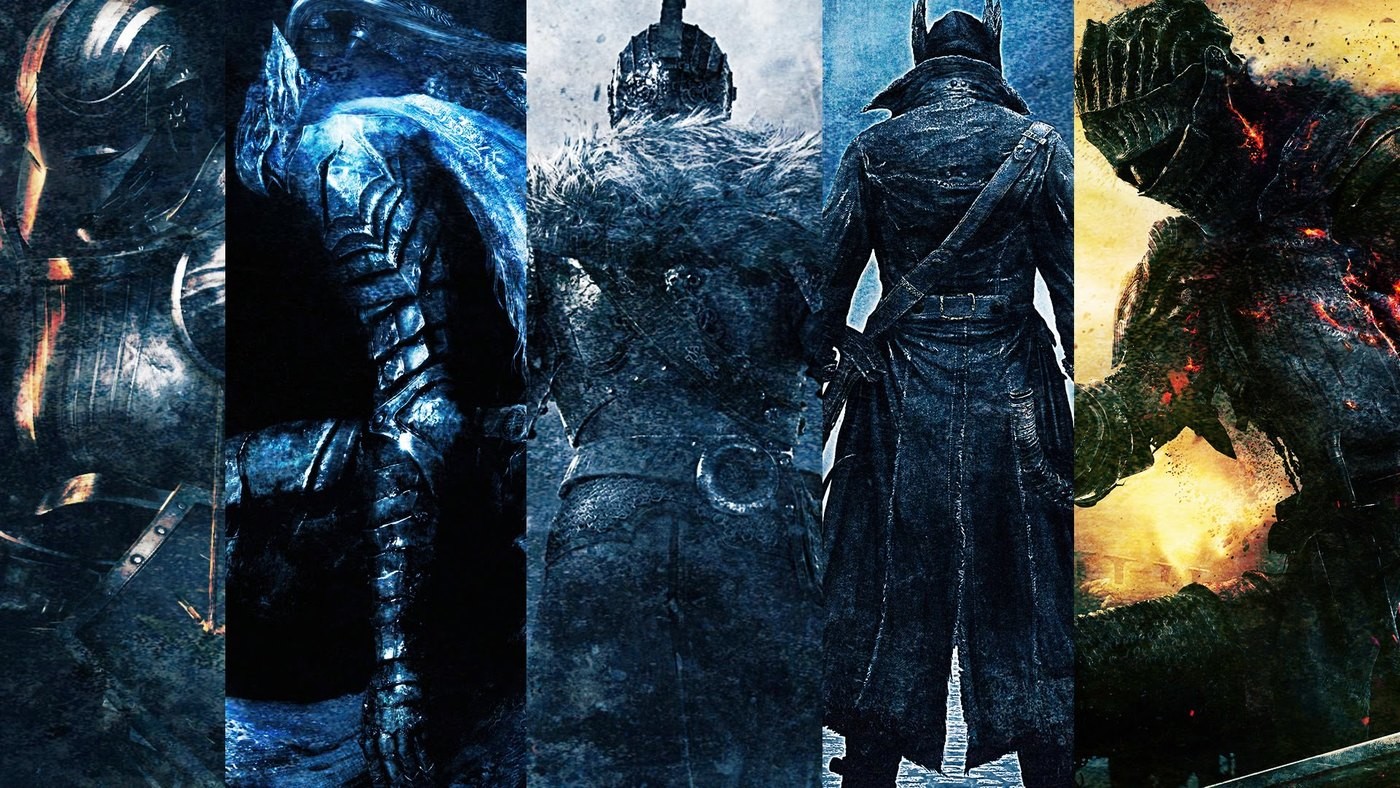 FAV OF THE SERIES: DARK SOULS 1

I remember in 2013, YouTubers were shouting about a little game called Dark Souls. They were showing how it was one of the hardest games ever made and the art style looked exactly like the kind of thing I would love. I went straight to one of my local retail shops and bought the collector’s edition for the game. I was amazed. It had been years since a game had gripped me like this, it had been out for two years by this point, but I felt that this was still a game that not a lot of people knew about and was the perfect game made for me. The game also made me find out about the manga Berserk, which became one of my favourite stories ever, so I have a lot to thank Dark Souls for.

As soon as I completed Dark Souls I went back and got the collector’s edition of Demon’s Souls, it was good, but not as good as Dark Souls. Then obviously the series blew up not long after and continued to have two great sequels and an off-shoot game called Bloodborne which is my second favourite in the series. There have been countless rip-offs of the series since it’s rise in popularity, but none have come close to the original Dark Souls or Bloodborne in my opinion and I hope whatever the developer has planned next will be something revolutionary like this amazing series. FAV OF THE SERIES: RESIDENT EVIL 4

Compared to the other series on this list, Resident evil is a mammoth of a series. It has seven titles in its main series, but dozens of spin-off games, on nearly all systems since it’s original launch on the PlayStation one. The game has evolved throughout the years and because of the number of games in the series, there have been many highs, but a whole load of lows. In my opinion, the main series are all great games except for number RE6, which was a huge letdown, it didn’t know what it wanted to be. Apart from that, all are great, RE5 feels like a departure from the horrific style of the first four, but was still a great game, RE7 which came out last year, is probably the scariest in the series.

Thank you for reading, I hope this blog makes you want to play some of these games, if you haven’t already, or just brings memories back, or when you played them.

Also, let me know what your favourite game series is! Thank you!

7 thoughts on “Top 5 Favourite Game Series of all Time”