If you have read MY NON-SPOILER AVENGERS INFINITY WAR REVIEW, then you know that I absolutely loved the movie. It is the definition of a cinematic movie event and truly felt like a comic book event which us comic fans have all grown to love. In this post, we are going to discuss the movie in a lot more detail than in my non-spoiler review, as the title suggests there are going to be countless spoilers ahead. I have broken the movie down to all the most important parts, there hasn’t been a very long post on my blog for some time, so this is perfect timing for this post.

THERE WAS NO HULK!

We’ve all seen the trailers for Avengers: Infinity War and Hulk was shown fighting alongside Cap and his crew in Wakanda. Then when we got to the actual film, the Hulk was beaten so bad by Thanos in the first ten minutes or so, that he just refused to come out for the rest of the film. Constantly saying “NOOO!” whenever Banner needed him. This wouldn’t be the first time Marvel tricked us with their trailers, but this surprised everyone here’s hoping that Hulk will be there to help in Avengers 4 because the team definitely need it.

THOR GETTING HIS EYE BACK 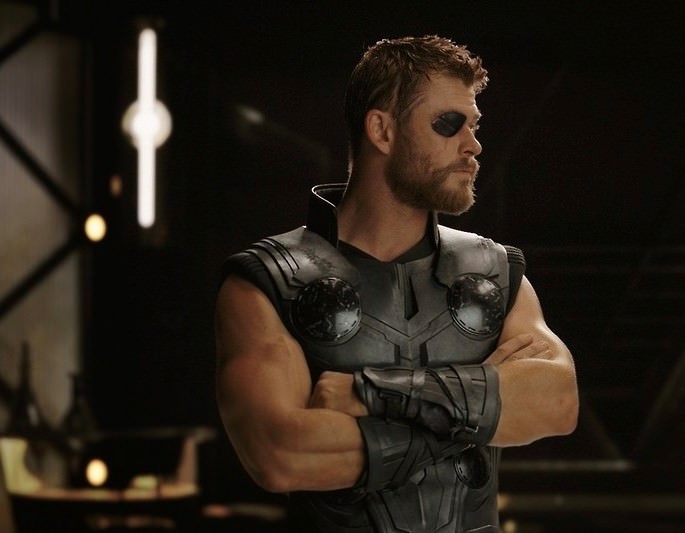 I am still debating which movie is now my favourite Marvel film, Infinity War or Thor Ragnarok. One of the most shocking parts of Thor Ragnarok was when Hela stabbed out Thor’s eye. After he lost his eye, we all presumed that the missing eye was going to be a permanent feature. It was then quite a shock that he suddenly got a new eye in this film, what was the point of him losing his eye in the first place, if he was just going to get another one in the next film? Granted the scene is very funny referencing Rocket’s obsession with stealing people’s artificial parts, but this just seemed unnecessary.

THE RETURN OF THE RED SKULL!!! 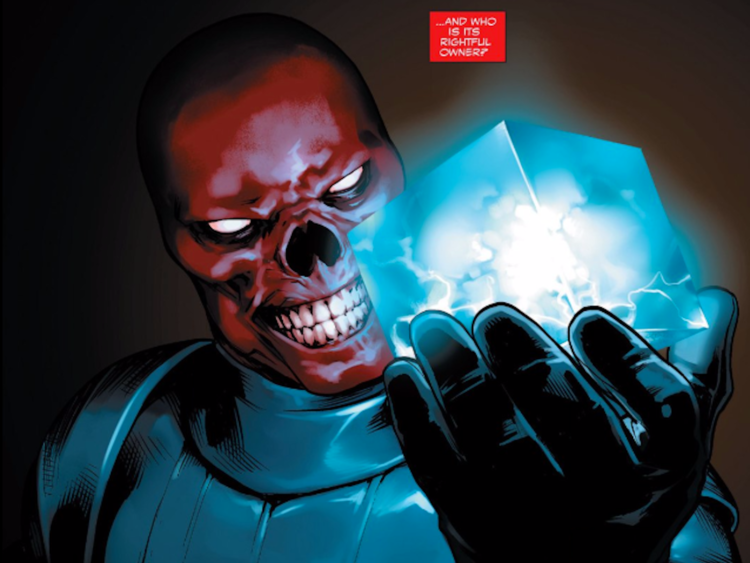 OMG! This was my geek out moment of the movie. When I first saw a floating being in a black hood, my thoughts went straight to Lady Death, but then to my surprise, the hood falls down and reveals Red Skull! I freaked out, couldn’t believe it, I’ve been waiting since Captain America: The First Avenger to see Red Skull again and this was such a great cameo. He had a punishment worse than death and he led Thanos to do something completely unexpected. Which leads us to the next part…

It was obvious in this film that Thanos loved Gamora. The way he treated her when first meeting her as a child, and when she betrayed him, he was just disappointed; he seemed to forgive her easier than he would anyone else. Then came the part when she showed him where the soul gem is, leading him to have to sacrifice what he loves in order to get the stone. The motion capture for this scene was so good, you could see the emotion all over his face and it was truly heartbreaking. This was the first sign showing how complex a character Thanos is.

I did not think that Marvel/Disney had the guts to do what needed to be done, but they did it anyway. The infamous click from the brilliant Infinity Gauntlet storyline which was a major influence for this film was done extremely well. Thanos actually won, the bad guy won in a superhero film, not very often this happens and it felt great. It obviously leaves a sour feeling at the end, seeing nearly all your favourite heroes dying, but the fact they actually did this, we need to give them credit. The shocking part of this is that all the new heroes are the ones that died and it is the original Avengers, plus a few of the newer cast that remains. This links into my theory for the sequel, which I’ll talk about later, but this scene was amazing. The fact it plays with the audience making it like the heroes won when Thor threw the axe into Thanos’ chest, but he should have gone for the head.CLICK. 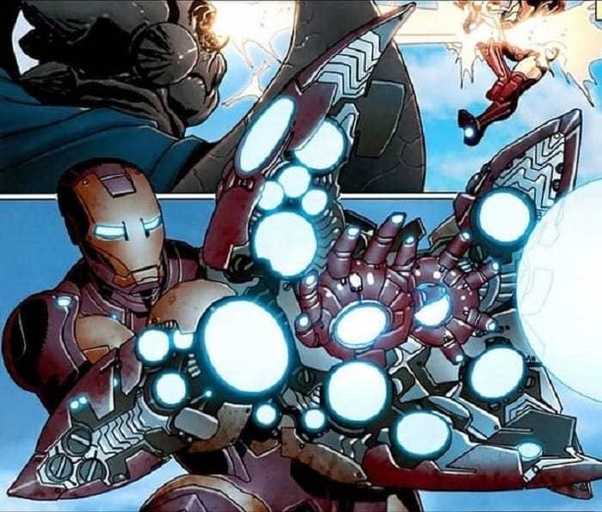 I absolutely loved his nano suit, it led to some great scenes. To me, the standout, was when he was fighting Thanos, just before he was stabbed. The evolution of the suit is remarkable and definitely was one of my favourite parts.

Let’s just admit that Thanos is probably the best comic book movie villain since the Joker in Dark Knight. Unlike many villains in films, he has an emotional depth and truly believes that he is doing the right thing. He is not killing for the sake of killing, or because he is evil, but because he is trying to save the universe. If we watched the film from his point of view, the Avengers would seem to be the bad guys, because he thinks that he is the only one who can do this. The scene where he kills Gamora is really heartbreaking and you can feel his pain throughout the rest of the film for what he did.

WHAT WILL HAPPEN IN AVENGERS 4?

After all these crazy moments in Infinity War, what’s next? Well, if we paid attention, Doctor Strange saw over 14 million different ways they fought Thanos by visiting possible futures. With the knowledge of the only way they would win, he must have known that Tony had to survive in order to win; even if that means sacrificing himself and half the universe.

In the future, I will probably do a post about my in-depth theories of what will happen in the sequel, but I’m still in Infinity War mode, the sequel doesn’t need any speculation yet, let’s just enjoy this masterpiece of a movie. It’s going to be hard to top, but when the sequel does come out next year, you can bet, I will be there opening day at the cinema.

One thought on “My Thoughts on Infinity War {SPOILERS}”